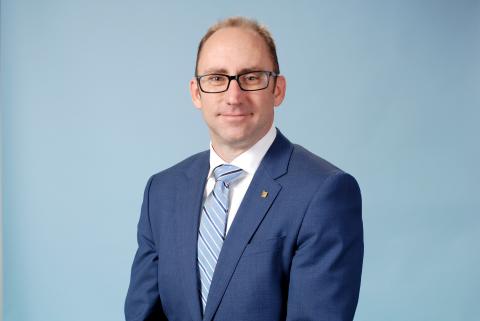 Walgreens President Richard Ashworth was named president and CEO of Trivity Health on May 20.

Just three months into his role as president of Walgreens, Richard Ashworth is leaving the retailer to join a healthy lifestyle company that is a fraction the size of Walgreens.

Trivity Health named 30-year Walgreens veteran Asworth as its new president and CEO effective June 1. Ashworth’s departure is noteworthy for several reasons and comes as the retailer is involved with Kroger on a unique program that features Kroger-branded food departments in Walgreens stores and Walgreens health care departments in Kroger stores.

Beyond that, Ashworth had just been elevated to the role of president in February 2020 after previously serving as president of operations since November 2017. Prior to that he led the company’s pharmacy segment as president of pharmacy and retail operations from 2014 to 2017. And prior to that he led the development and delivery of the healthcare strategy for the company's strategic partnership with U.K.-based Alliance Boots, which Walgreens later acquired.

Also of note is the size disparity between Walgreens Boots Alliance and Trivity Health, a company that bills itself as a provider of healthy life-changing solutions such as SilverSneakers, Nutrisystem, Prime Fitness, Wisely Well, South Beach Diet and WholeHealth Living. Walgreens Boots Alliance generates $104.5 billion in revenues from its U.S. retail division which includes 9,277 stores. Conversely, Trivity Health’s annual sales last year were $1.1 billion and it recently announced plans to explore strategic alternatives for its nutrition business.

Although Ashworth held a significant role at Walgreens, the company did not issue a statement announcing his departure or indicate whether his role would be filled. In a statement shared with Progressive Grocer’s sister publication Drug Store News, a spokesperson said that Walgreens Boots Alliance co-COO Alex Gourlay would be taking over leadership of Walgreens. Gourlay had been serving in the dual role until Ashworth was appointed Walgreens president.

Trivity announced Ashworth’s appointment on May 21 and detailed high expectations for the seasoned health care executive.

Walgreens operates 9,277 drug stores, with a presence in all 50 states, the District of Columbia, Puerto Rico, and the U.S. Virgin Islands, along with its omnichannel business, Walgreens.com. The company is No. 4 on The PG 100, Progressive Grocer's 2020 list of the top food retailers in North America.