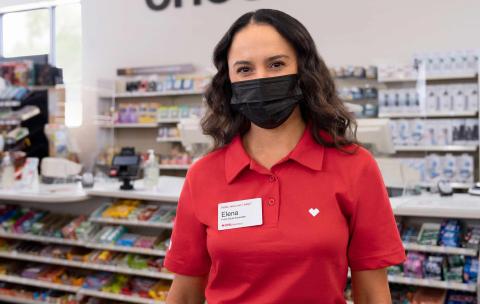 CVS Health is making a significant investment in its employees by raising the minimum enterprise hourly wage to $15 an hour, effective July 2022.

The minimum wage hike from CVS came two days before new unemployment data from the Bureau of Labor Statistics revealed a tightening labor market. Unemployment for July fell by 0.5% to 5.4%.

“Attracting and retaining top talent across our businesses is critical as we continue to redefine what it means to meet people’s health needs,” said CVS Health President and CEO Karen S. Lynch. “These wage increases will have a meaningful impact on our colleagues and their families while helping the communities we serve prosper.”

Moving to $15 an hour next year will mark a more than 60% increase in the CVS Health minimum enterprise hourly wage over a four-year period. The minimum wage structure incorporates additional increases beyond the enterprise minimum, with higher starting hourly rates for roles such as pharmacy technicians and call center representatives.

Meanwhile, the retailer also reported on its second quarter ended June 30, indicating that total revenues increased to $72.6 billion, up 11.1% compared with the prior year.

During the company's earnings call, Shawn Guertin, EVP and CFO, mentioned that retail delivered strong results during the quarter, exceeding expectations. “Total revenue of nearly $25 billion increased by $3 billion or 14% year over year,” he said during the earnings call. “This improvement is driven by three main components. One, approximately one-third or $1 billion is attributable to the nearly 17 million COVID vaccines and more than 6 million COVID tests administered during the second quarter. Two, an additional one-third or another $1 billion is due to the broad quarantine restrictions and civil unrest experienced last year that depressed results in the second quarter of 2020. Three, the final one-third or remaining $1 billion was driven by a combination of improved pharmacy growth and mix during the second quarter, as well as broad strength in front-store trends. Front-store revenue increased by nearly 13%, while pharmacy prescription volume was up 14%, including COVID vaccines. This strong revenue growth, combined with a 340-basis-point improvement in adjusted operating margin, produced adjusted operating income well ahead of our forecast and an increase of nearly $1 billion year over year.”

However, as Lynch pointed out during the earnings call, CVS’ wage increase will probably create an incremental $600 million in labor costs over three years. “Approximately $125 million of that impact will be in the final four months of this year,” she said.

Combined with other factors, like increased investments in the second half of 2021 to drive and support growth, enhance consumer experience, and improve cost structure, Guertin expects that the company's second-half adjusted EPS will be negatively affected by approximately 25 cents per share.

In other workforce development moves, CVS Health recently opened a Workforce Innovation and Talent Center in Pittsburgh at Ebenezer Baptist Church, which provides employment services and training to underserved populations through partnerships with faith-based and community organizations.

CVS Health is also removing barriers to obtaining employment. Recently, the company eliminated the high school diploma or GED requirement for most entry-level roles, and this year will eliminate the GPA requirement for university recruitment.

With its CVS Pharmacy subsidiary operating almost 10,000 locations nationwide, Woonsocket, R.I.-based CVS Health is No. 7 on The PG 100, Progressive Grocer’s 2021 list of the top food and consumables retailers in in North America.