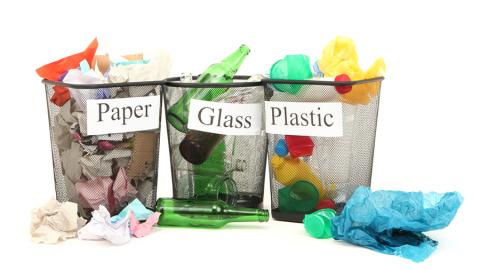 The Grocery Manufacturers Association (GMA) has endorsed two pieces of bipartisan federal legislation that aim to promote better recycling programs and reduce landfill waste: the Realizing the Economic Opportunities and Value of Expanding Recycling (RECOVER) Act and the Recycling Enhancements to Collection and Yield through Consumer Learning and Education (RECYCLE) Act.

“Bipartisanship is rare these days, and it’s encouraging to see legislators come together around an issue that Americans, regardless of political affiliation, care about deeply,” noted Geoff Freeman, president and CEO of Arlington, Va.-based GMA, which will become the Consumer Brands Association (CBA) in January 2020.

According to recent research conducted by GMA, Americans want more leadership from the government in improving the country’s recycling system. Among the findings:

“Our recycling infrastructure is in crisis, and the consumer packaged goods (CPG) industry commends the attention recycling is now getting in Congress,” added Freeman. “This industry is continuously innovating its packaging, making it more recyclable every day. Each of the top 25 CPG companies has made commitments to increasing recyclable content, minimizing packaging or reusing material — but that recyclable packaging has increasingly fewer places to go as more cities and counties retreat from recycling programs.”

Along with its support of legislation, GMA representatives have spoken out on the need to fix the recycling infrastructure. On Nov. 15, as part of America Recycles Day, Freeman joined U.S. Environmental Protection Agency (EPA) Administrator Andrew Wheeler and public- and private- sector leaders to discuss opportunities for partnership and collaboration in finding real-world, scalable recycling solutions. Further, GMA VP of Packaging and Sustainability Meghan Stasz delivered comments at the EPA Recycling Summit on the need for higher consumer awareness and clarity on recycling rules.

In October, Freeman spoke on behalf of the CPG industry before the G20 Implementation Framework for Actions on Marine Plastic Litter in Tokyo, encouraging world leaders to put in place national standards, rather than the United States’ “patchwork policies,” for their own country’s recycling systems.