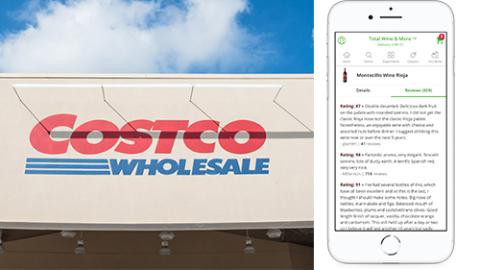 Instacart will now offer detailed tasting notes and customer reviews for spirits — through Distiller.com — and wines — through CellarTracker — for customers shopping through retail partners such as Costco

Instacart made a big announcement in March about alcohol delivery partnerships with Albertsons, Kroger, Publix, Schnucks and Stater Bros., and since then, the San Francisco-based delivery company has added more than 30 new partners — such as Aldi, Sam's Club, BJ's, Sprouts and The Fresh Market — delivering alcohol in more than 20 states.

Costco and Instacart are also in the early stages of a prescription delivery pilot in California and Washington state. Customers would be able to get their pharmacy prescriptions delivered with their groceries in as little as one hour through the Rx program.