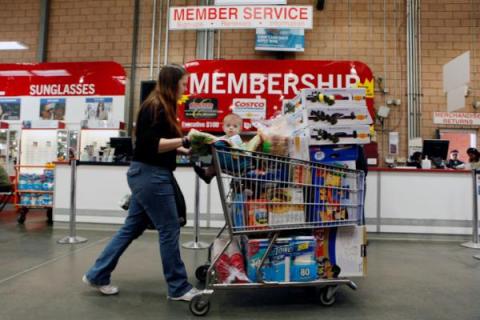 According to Business Insider, Costco's website was down for at least 16.5 hours during the holiday weekend

Costco's treasure hunt experience and value-priced bulk groceries continued to attract scores of shoppers in its first quarter, despite a website crash that dented online sales.

Same-store sales at Costco jumped 5% in the first quarter.

The company said that ecommerce sales in November were negatively impacted by an estimated 20 percentage points, primarily due to Thanksgiving/Black Friday/Cyber Monday occurring a week later this year versus last year and, to a lesser extent, website performance issues experienced on the company’s U.S. and Canadian ecommerce websites on Thanksgiving Day and Black Friday. Total and same-store sales were negatively impacted by about 1.5%.

According to Business Insider, Costco's website was down for at least 16.5 hours during the holiday weekend. This means that in that time period, Costco could have missed out on as much as $10.9 million worth of sales, the publication noted.

For the 13 weeks ended Dec. 1, the company reported net sales of $39.95 billion, an increase of 6.3% from $37.57 billion during the similar period last year. Same-store sales at Costco jumped 5.7% during the same period.