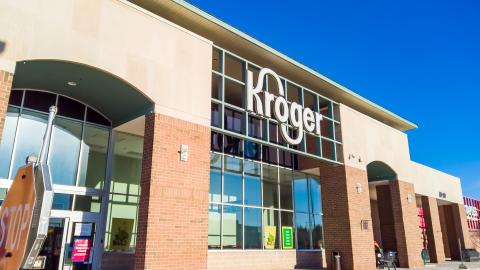 Kroger union workers in Central Ohio have authorized a strike but have not yet set a date for one.

Union workers from The Kroger Co. stores throughout Central Ohio are weighing a possible strike after rejecting a tentative deal with the grocer on Sept. 16. The United Food and Commercial Workers International Union (UFCW) Local 1059 confirmed that representatives will again meet with Kroger on Sept. 27 to resume negotiations on a new contract.

According to local reports, Kroger and the union are operating under a contract that expired Aug. 6. Of the 6,719 union members who voted last week, 55% rejected the new contract proposed by Kroger and 81% authorized a strike, though no strike has been set. The Local 1059 represents about 12,500 workers throughout the Columbus area and in other counties in northwest and southeast Ohio.

“It is our hope that by returning to negotiations with Kroger representatives, we will negotiate an agreement that addresses our members' concerns with the previous tentative agreements and makes our stores better," said Randy Quickel, UFCW 1059 president, in a statement. "While we are returning to the bargaining table, we have secured the authorization necessary to call a strike in the event that the company forces our members further in that direction and are continuing to make preparations for that possibility."

Kroger said its latest contract offer would increase wages by $1.80 per hour over three years and bring starting pay to $14.25 per hour, according to the Columbus Dispatch. In a statement, the grocer said: “Kroger Columbus Division remains focused on doing what is best for its associates, customers, and community ... Kroger aims to balance significant wage increases for associates with keeping food affordable for customers."