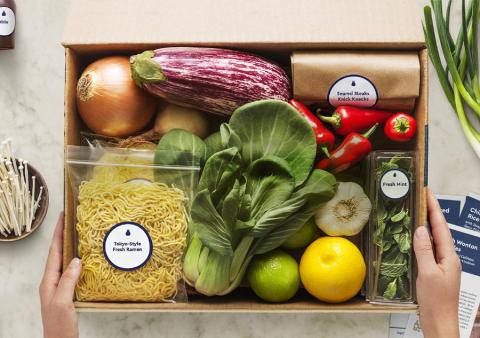 Meal-kit-delivery service Blue Apron yesterday laid off approximately 6 percent of the total workforce across its corporate offices and fulfillment centers.

The layoffs,according to a filing with the U.S. Securities and Exchange Commission, were part of a “realignment of personnel to support its strategic priorities.” Although the filing didn't list the exact number of employees let go by the New York-based service, the company said it that employed approximately 5,000 employees at the time of its IPO, suggesting that about 300 workers have been dismissed.

As a result of the realignment, Blue Apron expects to incur approximately $3.5 million in employee-related expenses, primarily consisting of severance payments. It plans to incur the expenses during quarter four of 2017.

“The actions that we took today flowed from the roadmapping and reprioritization exercise that we recently undertook,” said Matt Salzberg, Blue Apron CEO, in a memo to employees. “As part of that work, we identified the need to reduce some roles, open others and streamline decision-making for greater accountability. Wherever possible, we sought to fill new roles with existing employees.”

The news comes just two months after the company declared a hiring freeze and laid off 14 members of its recruiting staff. It also arrives almost four months after the delivery service’s IPO, which dropped 29 percent from its $10 debut on June 28 during just its first nine trading days, likely affected by Amazon.com’s June 16 $13.7 billion offer to purchase Whole Foods. Talk of Amazon’s plans to take a stronger position in the meal-kit space soon after also didn’t help, driving down the stock value further.

Additionally not helping Blue Apron is the fact that several major grocers around the same time debuted their own meal kits, including Kroger’s Prep+Pared line of 20-minute meals for two, and Publix’s Aprons meal kits for two to four people each, both launched in May.

Meal kits are big business and only becoming bigger: Market research firm Packaged Facts has revealed that meal-kit delivery services have rocketed to $5 billion in sales, proving their status as “a specialized sector but widely disruptive force in the food industry.” However, the market has shown signs of oversaturation and a race to get into brick-and-mortar stores for stronger recognition among the competition: Gelson’s, for instance, recently inked a partnership with Chef’d to sell its kits on dedicated in-store displays, while Albertsons Cos. bought Plated last month and plans to bring the service's kits to its various banners. Albertsons' deal, in particular, suggests that Blue Apron may need to find a large chain such as Kroger or Walmart to scoop it up if it wishes to remain alive.