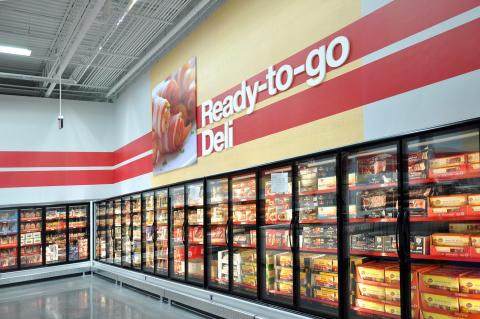 BJ's Wholesale Club had a strong first quarter showing, according to its latest financial report.

BJ’s Wholesale Club, Inc. beat analyst expectations to post higher revenue and earnings during its first quarter. In a period of record-high food inflation, the bulk discounter generated $4.5 billion in total revenue, ahead of the Wall Street consensus projection of $4.24 billion.

Earnings per share (EPS) were also higher than anticipated, coming in at $0.82 versus the estimated $0.72 for a 39% bump over this time last year. Total comparable club sales were in the black, up 14.4% on a year-over-year, while comps excluding gas rose 4.1% in the same period. The adjusted EBITA of $220.8 million was 9.1% higher this April compared to April 2021. Boding well for its digital presence, digitally enabled sales growth climbed 26% on a year-over-year basis.

“Our performance in the first quarter was strong, as gains in member traffic underscored the value we provide. Our business model remains more relevant than ever in the current inflationary environment,” said Bob Eddy, president and CEO.

With shoppers increasingly mindful of costs at a time of rising CPIs across many food categories, BJs reported that the company’s membership ranks swelled to 6.5 million in the first quarter. “Our membership stats are as strong as I've seen in my history with the company,” Eddy said during an earnings conference call. “We achieved this milestone earlier than expected, driven by a combination of strong renewals, as well as membership acquisition related to new club growth.”

In the call, Eddy said that competitive gas prices have been a draw for membership and contributed to store sales. “The current consumer environment in the gasoline business drove continued increases in comp gallons up 23% versus last year, and up 51% on a two-year stack basis. This dramatic increase in market share and the rapidly increasing price of gasoline during the first quarter, drove traffic into our clubs as members continue to recognize the value of their BJ's membership,” he explained.

BJ’s also recapped business highlights of the recently-concluded first fiscal quarter. The company reported that it has completed the acquisition of four distribution centers and related fleets from Burris Logistics to bring its end-to-end perishable supply chain in house. The retailer is expanding its footprint, too, opening three clubs in early 2022.

In addition to to its membership warehouse clubs, Westborough, Mass.-based BJ's operates 159 BJ’s Gas locations in 17 states. The company's common stock is traded on the New York Stock Exchange. BJ's is No. 26 on The PG 100, Progressive Grocer’s 2022 list of the top food and consumables retailers in North America.