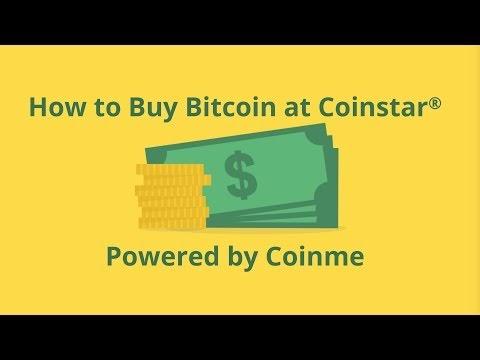 The expansion of Coinme-enabled Coinstar kiosks to select Safeway and Carrs stores in Alaska enables shoppers to purchase bitcoin with cash instantly and conveniently at the grocery store.

Fifteen bitcoin-enabled Coinstar kiosks powered by Coinme have launched at select Carrs and Safeway grocery stores across Alaska in such cities as Anchorage, Fairbanks and Juneau. This expansion to the Last Frontier has enabled Alaskans to purchase bitcoin with cash instantly and conveniently at the grocery store.

“We’re excited to bring bitcoin to Alaska through our partnership with Coinstar as an on-the-ground solution giving people access to an alternative store of value,” said Neil Bergquist, CEO of Seattle-based Coinme, the largest licensed cryptocurrency cash exchange in the United States. “Many people regard bitcoin as ‘digital gold’ and a hedge against the economic uncertainty brought on by the pandemic, and seek simple and convenient ways to purchase it, which Coinme-enabled Coinstar kiosks provide.”

The Alaska locations bring the number of Coinme/Coinstar kiosks where consumers can purchase bitcoin with cash to more than 7,000 in 46 states. Needing only a valid mobile phone number, a driver’s license or state I.D. card, and cash in U.S. dollars, users create a Coinme account, find a nearby Coinstar kiosk, insert the cash (no coins) into the kiosk, and redeem and receive bitcoin instantly.

“The past year has brought bitcoin great mainstream visibility, and people expect to see the financial services they use offer an option to purchase it,” said Jim Gaherity, CEO of Bellevue, Wash.-based Coinstar, which has 23,000 kiosks across North America, Europe and Japan. “It’s an exciting time, and Coinme allows us to bring everyday people into the world of digital currency through cash, in a way that’s secure and backed by Coinme’s regulatory rigor and compliance.”

In January 2020, more than 100 Bitcoin purchase points at Coinstar kiosks rolled out in Safeway stores in the greater Sacramento, Calif., area. Other grocers, including H-E-B, Save Mart and Southeastern Grocers, have also installed similar kiosks enabling consumers to purchase digital currency.