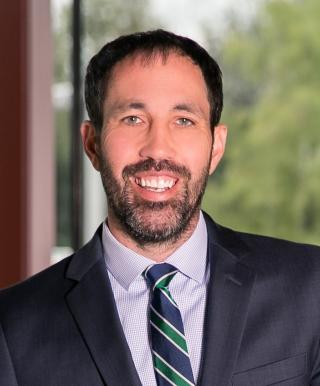 Amber was also named 2020 Specialty Pharmacy of the Year by NASP.

“I actually had no idea I was nominated,” said Winstead, who got the nod from his colleagues at Amber. “It was a complete surprise. I’m so honored that my peers nominated me because what we do is always a team effort. I have a great team that makes my job easier.”

The Specialty Pharmacy Service Excellence Award is given to an industry professional who isn’t a pharmacist, but has shown commitment to delivering high-quality service and care to patients.

According to the nomination, Winstead developed innovative approaches to patient care by deploying new technology for better communications with patients, including a new texting platform that experienced a 211% increase in patient opt-ins. Winstead also led a partnership with a health care group to create an electronic adherence program that gave patients a choice of notification and reminder mechanisms, as well as a secure portal for tracking and analysis.

When the pandemic obliged many Amber employees to work from home, Winstead and his team moved fast to ensure that all calls to the customer service center were routed correctly to those off-site, so that every patient call was answered.

What’s more, Winstead collaborated with San Francisco-based delivery service DoorDash to provide expedited, same-day delivery to patients living near Amber’s national network of pharmacy locations. This allowed the pharmacy to support underserved patients who either were unable to or couldn’t afford to travel to pick up their medications, or were members of vulnerable groups that needed to limit exposure during the public-health crisis.

“Adam is a true professional and an innovator,” noted Aaron Wiese, president of Amber, which is based in Omaha, Nebraska, with additional pharmacy locations in 20 states. “I don’t know what we would have done during the pandemic without him. We had employees working from home within days, and a transition plan was completed within a week. Even prior to COVID-19, he was deserving of this award.”

Employee-owned Hy-Vee operates more than 265 retail stores across eight Midwestern states. The West Des Moines, Iowa-based company is No. 33 on The PG 100, Progressive Grocer’s 2020 list of thetop food and consumables retailers in the United States.