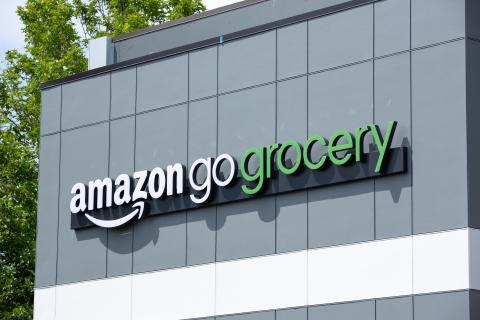 Amazon is prepping to open two brick-and-mortar stores in the Washington, D.C., area, with more to follow, according to a published report citing local job postings.

The publication earlier reported that Amazon had obtained permits to construct two physical stores in Washington, D.C., one measuring 8,000 square feet and the other, at 12,700 square feet, poised to be its biggest location in the United States to date, including the flagship Amazon Go Grocery store that debuted in Seattle this past February. Both D.C. stores will feature Amazon’s signature “just walk out” technology.

Amazon has acknowledged that it will open stores in the Washington, D.C., metro area, but will provide no further details.

Other higher-level Amazon openings, including that of a field launch manager, which has since been taken down, hint at future retail expansion, the Journal noted.

Beyond the two city stores, the publication reported that Amazon plans to open as many as three 30,000-square-foot grocery stores in the suburbs of the nation’s capital, basing its information on “public filings, permit applications, construction leads and photographic evidence.”

The future locations were identified as a onetime Shoppers store at Festival at Manchester Lakes near Kingstowne in Virginia’s Fairfax County; the site of a former Giant store in Chevy Chase, Maryland; and the Point 50 shopping center in Fairfax, Virginia. Amazon has declined comment on its plans in suburban Washington, D.C.

The site of one of the planned D.C. Amazon Go Grocery locations, on H Street NE, is just a short distance from one of the region’s 22 Whole Foods Market stores. Amazon, of course, is Whole Foods’ parent company.

No. 2 on ThePG 100, Progressive Grocer’s 2020 list of the top food and consumables retailers in North America, Amazon is also planning grocery stores in the Los Angeles and Philadelphia markets, according to media reports. Austin, Texas-based Whole Foodsis No. 24 on the list.