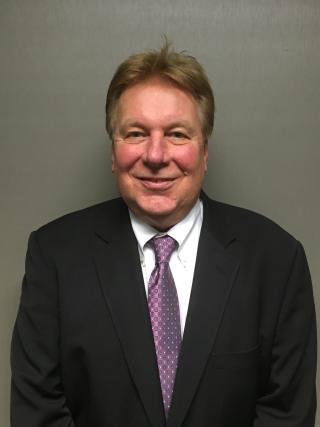 At the annual Night of Distinction, which pays tribute to food industry executives who promote the council’s mission, have found success in the food business and are civically engaged, Dinkowitz, Patten and DelVecchio were recognized for their work in the industry and beyond.

“We are so pleased and proud that we finally could produce a high-quality virtual event to celebrate three industry leaders who have made such a meaningful contribution to advance the mission of the Food Council, have achieved significant grocery industry success, and have a history of civic service within the New Jersey food community,” said NJFC President and CEO Linda Doherty. “These individuals are truly an all-star lineup of industry leaders in New Jersey.”

Doherty added that the honorees “work diligently to support our efforts and our association’s mission, even during the challenges of this pandemic. They’ve all demonstrated tremendous abilities to adapt to changing market and supply chain forces. It is particularly relevant to be able to honor them this year through a virtual platform streamed across the region.”

At Pathmark, Dinkowitz was part of the team that installed the first IBM scanners in retail supermarkets, eliminating the need for price tags; he also worked for Zallie ShopRites and A&P, and operated his own supermarket, Seasons Harvest.

“It’s an honor to have such a dedicated and experienced individual on the Allegiance Retail Services team, and I am glad he has been recognized for all he does,” noted John T. Derderian, Allegiance’s president and COO.

Patten is widely regarded for his special, intuitive knowledge of the supermarket business.

“During the pandemic, Paul was a leader, a relentless, tremendous hard worker,” observed Richard Saker, president and CEO of Holmdel, N.J.-based Saker ShopRites. “He understood the importance of essential workers and how critical the food industry is to customers. Paul was a stand-up guy through the crisis, with character and integrity. He is a giant.”

DelVecchio has been legal counsel at QuickChek for 20 years, heading up government affairs and addressing the food industry’s public policy issues in the state capital.

“Suzanne is a colleague, a confidant and a friend,” said Don Leech, VP of marketing and development at Whitehouse Station, N.J.-based QuickChek. “She has dedicated her entire career to QuickChek. Her role is not just counsel; she plays a much bigger role wherever needed. She’s always there to collaborate and is a real positive force for the entire food industry.”

Allegiance is a retailer-owned co-op that provides independent supermarkets such as Foodtown, Freshtown, D’Agostino, Gristedes, Pathmark, LaBella Marketplace and Brooklyn Harvest with customized retail services. Allegiance offers merchandising and IT support, advertising and marketing services, and support services for retail operations, as well as providing clients with private label products.