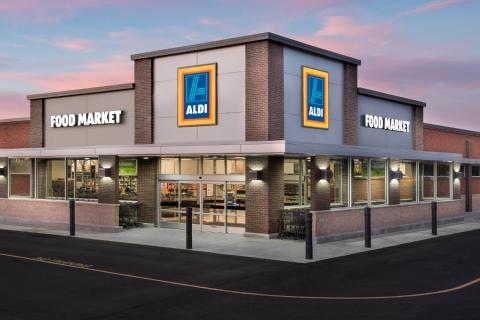 Aldi has expanded delivery from the Chicago area, including Northwest Indiana, west to Rockford, Ill., with Instacart delivering groceries from the Batavia, Ill.-based hard discounter to doors in as little as an hour.

The expansion come after “overwhelmingly positive” response from Aldi’s pilot with Instacart in Atlanta, Dallas and Los Angeles. Aldi operates nearly 200 stores in the Chicago area alone, making grocery delivery from the retailer a natural extension of its services in the region.

First-time Instacart customers in the new delivery areas can take advantage of $20 off, plus free delivery of their first order of $35 or more with code LOVEALDI through May 31.

"We're thrilled to grow our partnership with Aldi in a key market like the Chicago area as the demand for online grocery shopping and delivery continues to grow, and look forward to bringing the exceptional value Aldi offers to more shoppers," said Sarah Mastrorocco, VP of business development for San Francisco-based Instacart.

With the expansion of its delivery footprint, Aldi is continuing to find ways to bring a more convenient shopping experience to its customers as European rival Lidl (which also has been expanding delivery) establishes its footprint stateside, despite some setbacks, and other food retailers ramp up their ecommerce operations. Last year, the hard discounter began accepting all forms of contact-free payment – including such mobile wallets as Apple Pay and Android Pay – at all U.S. locations, helping speed up the already fast checkout process at a time when grocers are finding ways to do the same or offer alternative checkout methods.

Just more than a year ago, Aldi announced an aggressive $1.6 billion capital improvements plan that aims to remodel and expand 1,300-plus U.S. stores by 2020. Four months later, it unveiled a $3.4 billion capital investment to expand to 2,500 stores nationwide by the end of 2022.