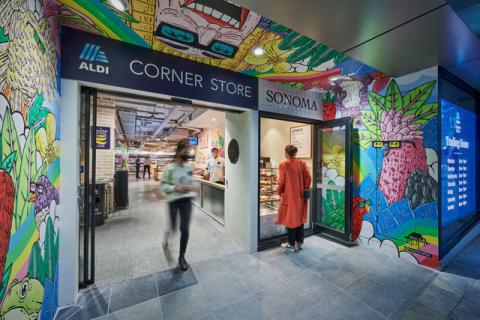 In a move that has the potential to influence its retail concepts worldwide, including in the United States, discount retailer Aldi has launched the first Aldi Corner Store, a new local, art-infused, urban-oriented small format developed with global design firm Landini Associates, in Sydney, Australia.

According to Landini Associates, the design aims to move the traditional Aldi model to a fresh local format for urban settings. Created in close collaboration with the retailer’s executives, the format builds on the success of Project Fresh, Landini Associates’ nationwide redesign of Aldi Australia’s large stores.

“Aldi are proud to present an elevated, never-before-seen, convenience-driven store format that is both uniquely different and recognizably Aldi,” said Huw Longman, director of the Aldi Corner Store Project for the retailer.

With its emphasis on urban locations, the project focuses on refurbishing existing buildings rather than constructing new properties. Grocery and fresh produce are the core items at the Aldi Corner Store, as at the retailer’s larger stores, but are now supplemented by a growing assortment of ready-to-go meals and convenience-based products, along with a new takeout coffee and artisanal bakery offering. Additionally, the banner’s well-known Special Buys are a major feature at the Aldi Corner Store.

“The new Corner Store layout is aligned to the needs of a local, largely walk-in customer base, with simple navigation, self-checkouts, fresh offerings, quality products and everyday low prices, with a nostalgic neighborhood feel,” added Longman.

In the area of décor, rather than featuring neighborhood photographs or signs describing the location, each site will celebrate its community through strategic local art partnerships. For the inaugural store, at 99 Mount Street in North Sydney, a bustling business area, local artist Joel Moore, known as “Mulga,” was commissioned to decorate both the interior and façade.

“We wanted to create a solution that is both a design signature and memorably Aldi, but also something truly different,” explained Mark Landini, creative director of Surry Hills, New South Wales-based Landini Associates. “We have ensured that each Aldi Corner Store will be recognizable and distinct, both in the design parameters and in this first store by commissioning a unique artwork.”

When asked by Progressive Grocer about the likelihood that a similar format will come to the United States, a company spokeswoman replied: “The Aldi Corner Store was commissioned by Australia for Australia, but local smaller formats are becoming increasingly important globally. America is run separately from the other regions [at Aldi]; however, Australia has had a growing influence on the evolving design in other markets.”

An Australian media outlet reported that Aldi planned an initial test of four Corner Stores, each about half the size of a standard 1,200-square-meter (about 13,000 square feet) Aldi store in Australia.

Operating stores in 37 states, Batavia, Ill.-based Aldi U.S. is No. 24 on The PG 100, Progressive Grocer’s 2021 list of the top food retailers in North America. 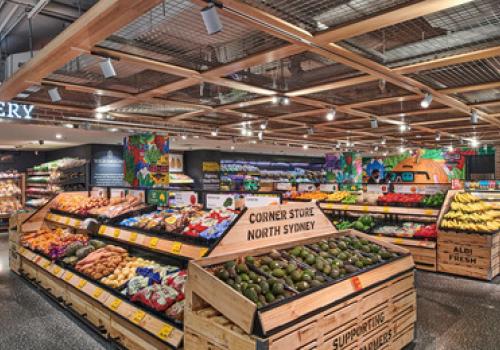 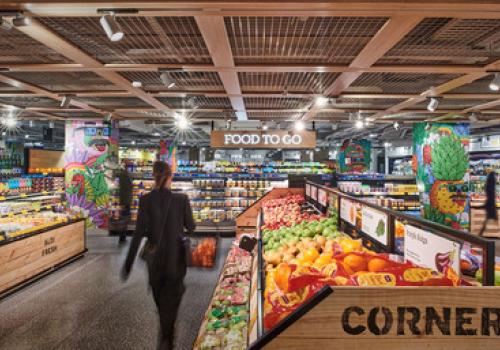 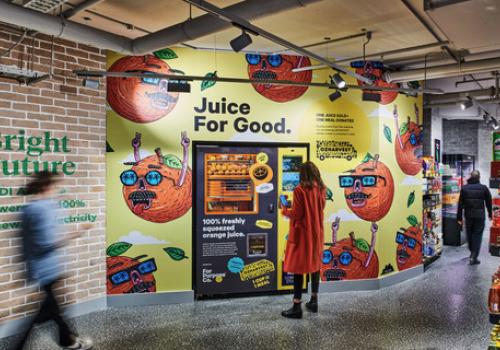 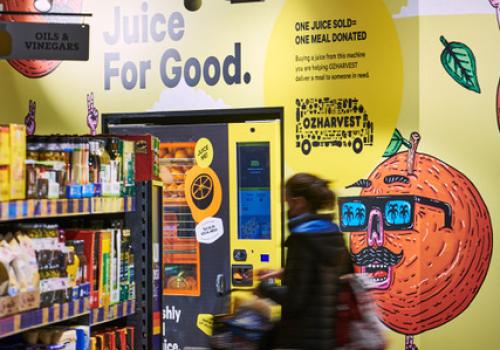