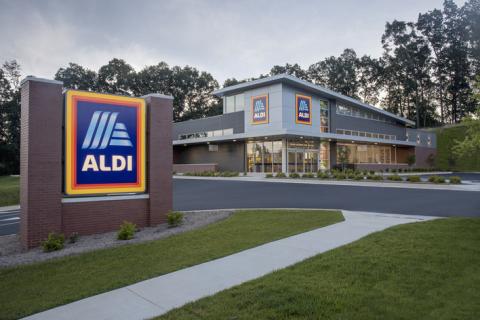 Aldi opened several new stores during the month of June, pushing it past the 2,100-store mark. The recently-unveiled locations are in Charlottesville, Va., Montgomery, Ala., Fort Myers, Fla., Dunnellon, Fla., Claremore, Okla. Goldsboro, N.C., Deland, Fla. and Harrisonville, Mo., and were built to the chain’s typical footprint of 12,000 square feet.

The expansion brings Aldi closer to its goals of opening about 100 new stores in the United States in 2021 and becoming the third-largest U.S. grocery retailer by store count by the end of 2022. As the number of physical stores grows, so does the company's infrastructure, with the ongoing construction of a new 54,000-square-foot regional headquarters and distribution center in Loxley, Ala. That facility will serve locations in the Gulf Coast region of the country.