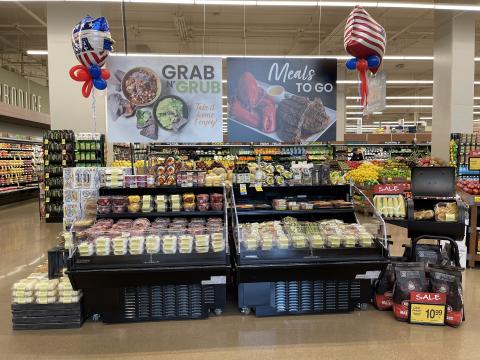 Albertsons is accelerating grocery delivery from stores such as Tom Thumb, a Texas-based banner of the company, via Uber.

Uber is taking the next step in its plan to dominate the U.S. grocery delivery space by teaming up with the Albertsons Companies.

Uber says it has seen consistent growth in the United States for its grocery category since launching grocery delivery in July 2020. The company says it has added major U.S. metro areas such as Miami, Dallas and Phoenix, to its delivery network, with more to come throughout 2021. Now, Albertsons banners such as Safeway, Jewel-Osco, Acme, Tom Thumb, Randalls, Albertsons and more are joining Southeastern Grocers and New York’s Red Apple Group on the Uber platform, available to consumers within the Uber and Uber Eats apps.

In May, Uber announced it was partnering with instant needs delivery startup Gopuff to offer delivery of everyday essential products to customers in 95 cities around the country. The exclusive partnership with Gopuff – Uber’s first partnership with a vertically integrated delivery business – follows Uber’s acquisitions of food and beverage delivery services Postmates, Drizly and Cornershop.

Last year, the company partnered with Santiago, Chile-based Cornershop, a company it agreed to acquire in 2019, to launch the delivery service in Latin American and Canadian cities. Additionally, Uber announced last month it was acquiring the remaining 47% interest in Cornershop that it didn’t already own in an all-stock transaction.