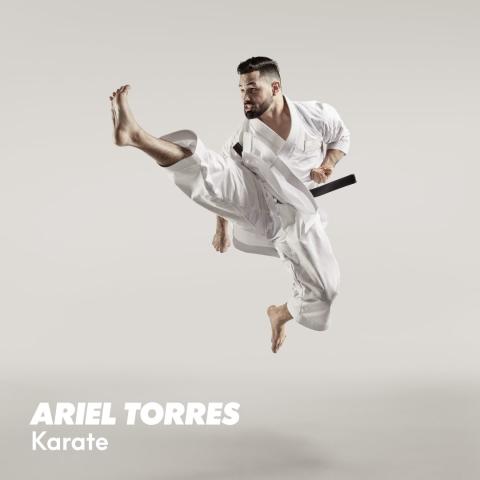 2021 Olympian Ariel Torres is featured in a new MilkPEP stunt filmed at an Albertsons store.

In a fresh take on behind-the-scenes stories of Olympic athletes, the Milk Processor Education Program (MilkPEP) and Albertsons Cos. Inc. recently teamed up to stage and film a dairy case stunt with a pair of Olympians. Unsuspecting shoppers at one Albertsons store got a medal-worthy surprise when they reached into the dairy cooler and spotted a high-tech gym where 2021 Olympian Ariel Torres and three-time Olympic gold medalist Kristin Armstrong were working out.

Albertsons staffers helped the MilkPEP organizers construct the mini-gym behind the dairy case. The resulting video, dubbed “The Fridge” (see below to view), features footage from a hidden camera capturing shoppers’ reactions at seeing Torres practicing karate and Armstrong cycling on a machine.

As with the first installment of the newgot milk? campaign, “You’re Gonna Need Milk For That”, this Olympic-themed spot was designed to demonstrate the link between nutrient-rich milk and athletic performance.

"The Fridge is only the latest chapter in an ongoing story," said Yin Woon Rani, CEO of MilkPEP. "Each chapter of the 'You're Gonna Need Milk For That' campaign will emphasize the clear connection between milk and superior athletic performance. The image of Olympians training behind the dairy fridge perfectly illustrates milk's surprisingly powerful nutrient package. We hope this stunt opens eyes and minds, inspiring athletes of all ages to think about milk in a whole new way."

MilkPEP, based in Washington, D.C., is funded by the nation's milk companies, and aims to educate consumers and increase consumption of fluid milk.