The first Takeoff Technologies-powered micro-fulfillment center for Albertsons, similar to this one, opened inside a Safeway in October

The Albertsons Cos. and Waltham, Mass.-based grocery technology company Takeoff Technologies have formed a strategic partnership to drive the future of ecommerce with automated micro-fullfillment capabilities.

The first of two pilot micro-fulfillment centers (MFCs) for the grocer opened Oct. 23 at a Safeway in South San Francisco, with another slated to open at a Safeway in San Jose, Calif., before the end of the year.

The model brings the brick-and-mortar store's proximity to customers, with the automation of a large warehouse. The centers typically hold about 15,000-18,000 of the grocer's most popular SKUs.

“The micro-fulfillment center model is a key element in the store of the future,” said Vivek Sankaran, Albertsons' president and CEO. “It combines the efficiency of automation with the ease of meeting customers when and how they want to shop. In working with Takeoff, we can evolve how the MFC ties into our store and ecommerce ecosystems and accelerate our path to best serve our customers.”

Albertsons and Takeoff first announced their partnership in 2018, but plans for market expansion continue.

“In collaborating with Takeoff, we’re able to leverage their thought leadership in ecommerce fulfillment with our expertise in running great grocery stores that meet customers’ everyday needs, and that’s exciting turf for us,” said Chris Rupp, EVP and chief customer and digital officer at Albertsons. “By placing an MFC in an existing store close to customers, we can carry a diverse and locally relevant selection of products, with the friendly touch of our local team to service the customer.”

Boise, Idaho-based Albertsons Cos. operates stores across 35 states and the District of Columbia under 20 well-known banners, including Albertsons, Safeway, Vons, Jewel-Osco, Shaw’s, Acme, Tom Thumb, Randalls, United Supermarkets, Pavilions, Star Market, Haggen and Carrs, as well as New York-based meal-kit company Plated. The company is No. 3 on Progressive Grocer's 2019 Super 50 list of the top grocers in the United States. 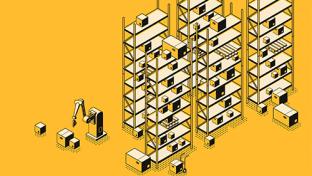 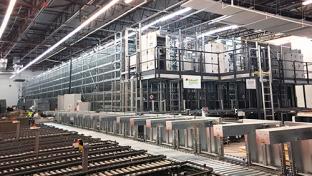 Automated picking facility to debut in Toronto-area store next year

Project a partnership with Takeoff Technologies 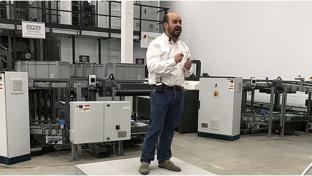 Location in Windsor, CT, is said to be 1st in the region