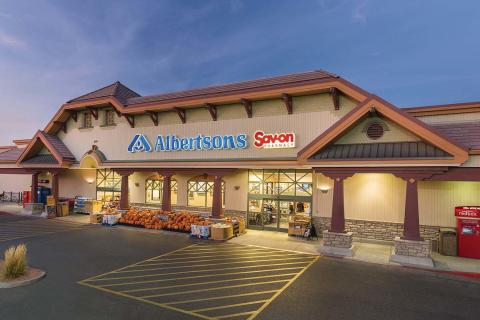 Albertsons identical store sales surged 34% during the first two months of the retailer’s first quarter and could have been even stronger judging from comments CEO Vivek Sankaran made during the company’s earnings call.

Since the end of Albertsons fiscal year on Feb. 29, the company said it experienced significant increases in customer traffic, product demand and overall basket size in stores and online as customers adjusted to the circumstances around COVID-19. As a result, Albertsons identical store sales increased 47% during the four-week period ended March 28 and increased 21% during the four weeks ended April 25, giving the company a blended total for the two months of 34%. Sankaran also noted that e-commerce sales increased 109% during March before surging 374% in April.

“In March, we saw a surge in demand and our biggest bottleneck was labor, the ability to pick product and deliver product. The primary focus in March was to ramp up labor,” Sankaran said, noting the retailer hired 55,000 new employees. “We think we can continue to add labor to drive more growth in picking and delivery.”

Albertsons is seeing a lot of new customers engaged in e-commerce and existing customers who are using digital options with increased frequency. Sankaran believes those trends will accelerate.

“There is a degree of comfort people are feeling and we expect the rate of growth of e-commerce will be higher that pre-COVID,” Sankaran said. “We are going to continue to invest behind e-commerce. We had the plans, but now it is a matter of accelerating those investments commensurate with the growth we are seeing in e-commerce.”

Accordingly, Albertsons will expand its Drive Up & Go (DUG) service to another 500 stores by year end, giving it a total of 1,000 stores. By next year, DUG service will be in place at 1,600 of Albertsons 2,262 stores.

In other noteworthy developments, Sankaran said Albertsons own brands assortment grew by 900 items in 2019 and now includes 12,000 products across nine primary brands.

“Our sales penetration reached a new Q4 high of 25.4%. We aim to increase our own brands penetration to at least 30% over time,” Sankaran said.

Overall, Albertsons reported a strong finish in the fourth quarter and Sankaran reeled off a list of 2019 accomplishments that also included record enrollment of 21 million households in the retailer’s loyalty program.

"We are pleased that our momentum continued as we closed fiscal 2019, with improved performance on the top and bottom line. However, the world has changed since then, and we are heavily focused on supporting our associates, our customers and the communities we serve as we respond to the increased demand resulting from the COVID-19 pandemic," Sankaran said. "We are so proud of the efforts of our store, distribution and manufacturing teams, whose work has been heroic in the face of this crisis, and we thank them for everything they continue to do. Both our stores and our online business are seeing significantly increased demand as consumers shift to more food-at-home."

That demand was evident in the March and April figures Albertsons shared, which was a deviation from the company’s normal disclosure practice. However, these aren’t normal times and competitors such as Kroger, Ahold Delhaize USA and Target had also previously shared monthly sales that offered a look at COVID-19 induced buying behaviors.

Looking ahead, the company said it was unable to provide a full reconciliation of the GAAP and non-GAAP measures used in its 2020 outlook guidance without unreasonable effort because it is not possible to predict certain of the adjustment items with a reasonable degree of certainty.

“This information is dependent upon future events and may be outside of the company's control and its unavailability could have a significant impact on 2020 GAAP financial results,” the company said in a statement.

On March 6, Albertsons filed documents with the Securities and Exchange Commission related to an initial public offering and Sankaran addressed the timing during the earnings call.

“We will be watching the markets to determine the right timing for our initial public offering,” he said.