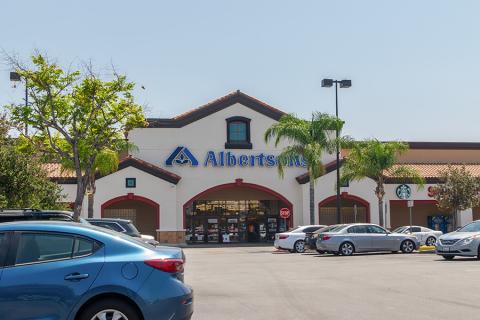 Albertsons Cos. will make an additional $50 million donation to hunger relief efforts, the latest such move by a food retail operator during the COVID-19 pandemic. The business also extended its extra pay for employees until May 2.

Albertsons said it plans to put that $50 million to use “across the 2,200+ neighborhoods it serves in 34 states and the District of Columbia through its Nourishing Neighbors Community Relief campaign.” The company, which operates the Albertsons, Safeway, Vons, Jewel-Osco, Acme, Shaw’s, Star-Market, Tom Thumb, Randalls, and other grocery brands, had previously pledged $3 million to pandemic relief efforts. Additionally, customers over the past month have donated $13 million toward that previous effort.

“This time of extraordinary need demands an unprecedented response,” said Albertsons President and CEO Vivek Sankaran. “The basic needs of many of our neighbors have been threatened like never before.

Cardenas Markets, Natural Grocers, Publix and Kroger are among the food retail operators that in recent days have announced new or increased donations to food banks and pandemic relief programs.

On Monday, Kroger Co. said it would contribute $10 million to help support local, state and national grant programs for pandemic response efforts. The foundation through which Kroger conducts its charitable giving had already donated $6 million to nonprofits working to make more free food available, enable checks on isolated senior citizens and perform other tasks. Publix, meanwhile, recently said it will give an additional $1 million to Feeding America member food banks in areas served by the retailer, doubling the company’s previous donation.

Like other essential operations that have remained opened during the ongoing outbreak, Albertsons also is paying its employees more as the pandemic drags on. The retailer has now extended those rewards to at least May 2.  As part of the company’s “Appreciation Pay” program, hourly frontline workers receive an additional $2 per hour on top of regular pay and overtime, while salaried frontline worker earn an extra $100 per week.

Boise, Idaho-based Albertsons Cos., which operates stores across 35 states and the District of Columbia under 20 banners, including Albertsons, Safeway, Vons, Jewel-Osco, Shaw’s, Acme, Tom Thumb, Randalls, United Supermarkets, Pavilions, Star Market, Haggen and Carrs, as well as meal-kit company Plated, is No. 3 on PG’s Super 50 list.