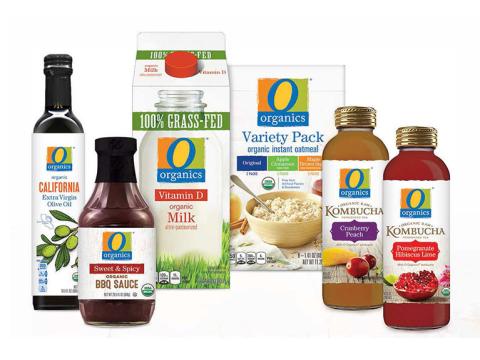 Albertsons plans to accelerate margin growth by increasing store-brand penetration from 25.6% to 30% in fiscal 2020

The second-largest U.S. supermarket operator said that it plans to achieve significant growth by sharpening in-store execution, increasing private-brand sales and building out its tech infrastructure.

In its prospectus for an initial public offering, Albertsons Cos. noted it has a long runway for improved in-store execution and an enhanced customer experience to drive profitable growth.

In a show of its near-term momentum, the company said that same-store sales have grown for eight straight quarters, with a 2.7% increase in the third quarter of 2019, up from 1.9% a year earlier. For fiscal 2018, it made a profit of $16.9 billion on sales of $60.5 billion and significantly reduced its debt load.

“We have simplified our merchandising programs, automated our front end scheduling processes and expanded self-checkout in 435 additional stores during the first three quarters of fiscal 2019,” the company said. “These enhancements have been instrumental in improving store-level productivity, allowing us to increase our focus on the customer. We have remerchandised over 700 stores since the beginning of fiscal 2017, reallocating space to better accentuate high-growth fresh categories like produce, meat and seafood, bakery, prepared foods, deli, and floral. This, coupled with our robust remodel program, has also allowed us to optimize store layouts and ease shopping patterns to make things simpler for customers and employees.”

Albertsons added that it plans to accelerate margin growth by increasing store-brand penetration from 25.6% to 30% in fiscal 2020.

The grocery chain also plans to expand grocery pickup to 600 locations in 2020 and increase in-store micro fulfillment centers by at least 10 over the next two years.

“We now offer home delivery services across 2,000 of our stores and 12 of the country’s top 15 MSAs by population,” the company pointed out in its prospectus. “We believe that ecommerce is a strong growth engine that drives incremental sales. We are refreshing our entire digital interface to create a more personalized, easy-to-use and fully integrated digital experience. We are improving our mobile applications to enable more personalized rewards and services like advanced basket-building tools and product, meal and recipe recommendations. We are further integrating our digital and in-store models to better drive existing customer engagement and new customer trial for our own and third-party delivery.”

From fiscal 2015 to fiscal 2019, Albertsons will have spent approximately $6.8 billion on capital expenditures, including $1.5 billion in fiscal 2019. Approximately $3.8 billion of that spend contributed to completing 950 store remodels and opening 57 new stores, as well as merchandising and maintenance initiatives. The company has also increased investment in digital and technology projects, including an estimated $375 million in fiscal 2019. These investments include upgraded pricing and promotional tools and more integrated and easy-to-use customer-facing digital applications.

“We are focused on driving deep and lasting relationships with our customers by delivering an easy, exciting and friendly shopping experience,” the company added.

Albertsons Cos. has been owned for the past 14 years by a group of investors led by New York-based private equity firm Cerberus Capital Management. According to The Wall Street Journal, an Albertsons IPO would be one of the biggest market debuts expected this year. The grocer listed the size of the IPO as $100 million, a placeholder that will likely change.

The Journal reported Monday, March 9 that executives from Albertsons and Cerberus had debated whether to go public now or to continue making improvements that could lead to a higher price in the future.