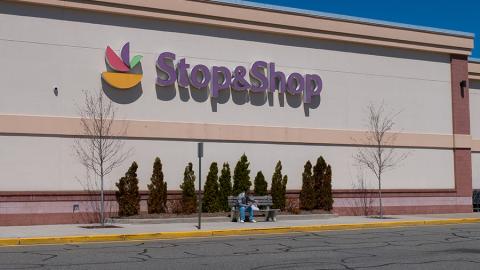 As it embarks on the transformation of its supply chain to a fully integrated self-distribution model, Ahold Delhaize USA will open 975,000 square feet of warehouse and distribution space this year at a one-time JCPenney distribution center in Manchester, Conn., near Hartford, according to a published report.

The facility will service 200 Stop & Shop stores in southern New England and New York state with 50 million to 60 million cases of dry goods and nonperishable food items annually, and create up to 700 jobs, according to Chris Lewis, EVP of supply chain for Retail Business Services, the services company of Ahold Delhaize USA, in a press release from the property’s developer, Concord, Mass.-based Winstanley Enterprises LLC.

The grocer was scheduled to move in on April 1, landlord Adam Winstanley said.

Ahold Delhaize USA spokeswoman Erin DeWaters told The Republican, in Springfield, Mass., that Keene, N.H.-based C&S Wholesale Grocers, on which the grocer has relied for distribution, will assist in the transition phase, providing such services as staffing, but that the ultimate goal was a self-managed system by Ahold Delhaize.

DeWaters added that fresh perishable products for Stop & Shop stores would continue to be distributed from a center in Freetown, Mass.

As part of the transition, Ahold Delhaize USA is purchasing three C&S facilities: two in York, Pa., and one in Chester, N.Y.

Ahold Delhaize USA, whose banners are Food Lion, Giant Food, Giant/Martin’s, Hannaford, Stop & Shop, and e-grocer Peapod, is No. 4 on Progressive Grocer’s 2019 Super 50 list of the top grocers in the United States.