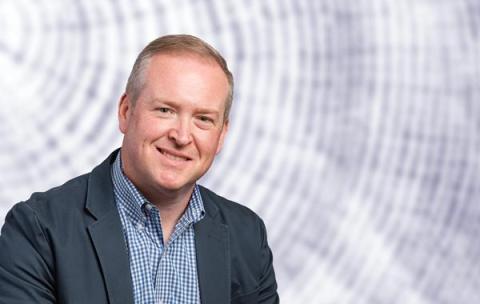 J.J. Fleeman has spent the majority of his 30-year career in grocery retail in Ahold Delhaize companies, including Food Lion.

Ahold Delhaize is elevating the president of its Peapod Digital Labs division to take over as CEO of Ahold Delhaize USA in April.

“J.J. is an inspiring leader who will advance the U.S. businesses through omnichannel market share growth and who will continue to deliver on the Connected Customer strategy that Kevin has so carefully developed and implemented with the team over the past few years," said Peter Agnefjäll, chair of the supervisory board of Ahold Delhaize. "It is a testament to Kevin’s leadership that we were able to select his successor from our own ranks.”

Holt plans to remain with the company in an advisory capacity until he retires at the end of 2023 to ensure a seamless transition.

“While Kevin will be with us for another year and we will formally say goodbye next year, I want to use this opportunity to thank him for his outstanding service and leadership to the Ahold Delhaize Management Board and companies of Ahold Delhaize USA – including its predecessor companies. Under Kevin’s leadership, our U.S. businesses have performed exceptionally well, and he has always led with customers and associates in mind,” said Frans Muller, president and CEO of Ahold Delhaize.

Fleeman has spent the majority of his 30-year career in grocery retail in Ahold Delhaize companies, including Food Lion, the largest U.S. brand, serving a diverse array of executive leadership roles, covering strategy, commercial, digital, retail operations, marketing and merchandising. He will continue to be based in Salisbury, N.C., and spend time across other U.S. offices.

The company attributed much of its success to its €850 million (USD $853 million) Save for Our Customers cost savings program, which enables its brands to work with suppliers to mitigate cost hikes for customers, offer more entry-priced products, grow high-quality own-brand assortments and deliver personalized value via digital omnichannel loyalty programs.

In the United States, net sales came to €14.7 billion (USD $14.8 billion), an increase of 8.8% at constant exchange rates, and up 27.4% at actual exchange rates. U.S. comps sales excluding gasoline rose by 8.2%, benefiting by about 0.4 percentage points from the net impact of weather and calendar shifts. Food Lion continued to lead brand performance, marking 40 straight quarters of positive sales growth.

Q3 online sales in the segment were up 20.8% in constant currency, on top of 52.9% constant currency growth in the same quarter last year. Underlying operating margin in the United States was 5.0%, up 0.2 percentage points at constant exchange rates from the year-ago period.

Noting the impact of “[h]igh inflation, increasing interest rates, slowing economic growth and the war in Ukraine” on customers’ spending power, as well as “[h]igh energy prices [that] are also disrupting supply chains,” Muller observed: “With a deep understanding of commodity prices, built through our extensive experience with own-brand products, our teams play an important role in the value chain and work hard on behalf of customers to ensure realistic pricing. In the face of increasing price pressures, it is everyone's job, across the value chain, to keep prices as low as possible for customers. To this end, we continue to engage diligently and proactively with partners, making clear choices on assortment when necessary. We are also adapting our organization and processes to rising costs by increasing efficiencies and mitigating costs wherever practical and possible.”

Muller also cited such progress as more than 40% of Stop & Shop stores having undergone renovation since 2018, with the first five store remodels successfully completed in New York City; the rollout of Stop & Shop's new Deal Lock savings program, which helps customers capture value by locking in a specific sales price for several weeks on both national and private brands; the company’s ongoing omnichannel transformation through investment in high-tech solutions; and plans for Peapod Digital Labs to build an end-to-end in-house retail media business, building on the existing AD Retail Media network.

In the area of sustainability, he said: “Our brands continue to work hard to bring meaningful initiatives to customers in stores and online. We are well on track to again deliver on key milestones related to growing our share of healthy sales, decreasing food waste and reducing the carbon emissions of our own operations.”

Based on its Q3 performance, including “[b]etter-than-expected underlying U.S. results,” Ahold Delhaize said that it would increase its full-year EPS outlook, now forecasting low-double-digit 2022 diluted underlying earnings-per-share growth versus the prior mid-single-digit guidance. The 2022 free cash flow outlook remained at about €2.0 billion, with net capital expenditures expected to total about €2.5 billion.

Progressive Grocer profiled the ascendancy of Ahold Delhaize USA, which has excelled during the pandemic and beyond, in September. The publication also named the company as one of its Retailers of the Century in October.