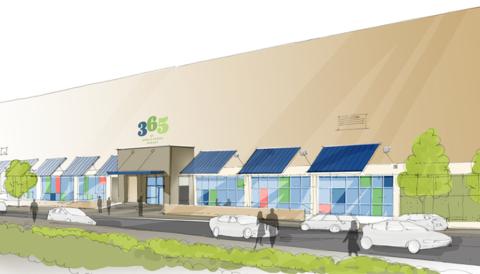 Whole Foods' 365 website shows 17 more stores planned – including locations in New Jersey, Georgia, Illinois, Indiana, Ohio, New York and Florida, as well as further locations in California – though the future of some is questionable. The Chicago Tribune reported in July that Whole Foods had stalled the Midwest expansion of its 365 stores, specifically halting or changing openings for its planned Evergreen Park, Ill.; Toledo, Ohio; and Bloomington, Ind., locations.

While Whole Foods claims the decision was made before its takeover by Amazon.com,GeekWire.com reported that it seemed possible the Seattle-based ecommerce company's plan to introduce “heavy technology” into Whole Foods stores would make the 365 locations obsolete.

But others believe Amazon's words. Neil Stern, a senior partner with Chicago-based retail consultancy McMillanDoolittle, told Progressive Grocer that the Bellevue location's closure doesn't have to do with Amazon, at least not in the way some are speculating; he notes that the store was underperforming and never “established” itself. Having Amazon as an owner now does, however, allow Whole Foods to “clean up” some mistakes without taking a stock hit.

The Oswego store's performance also is of concern, and Stern suspects that further evaluation of stores will come after the retailer opens its next crop.