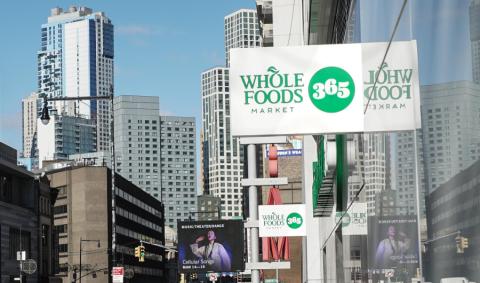 Despite reports that the banner isn't doing well, Whole Foods actually is planning to open more than a dozen additional 365 by Whole Foods Market stores, Bloomberg has reported.

The news comes after the Austin, Texas-based natural grocer opened its first location in Brooklyn, N.Y., which also marks the banner’s premiere on the East Coast (a second East Coast location is set to open in Weehawken, N.J.). While the new location is the first to open in 2018, Whole Foods has at least five more planned this year, the news outlet said. The company has roughly 16 more signed leases for 365 sites.

The new location marks “the culmination of the 2.0 edition of 365,” meaning Amazon and Whole Foods like the look and feel of the stores, and are planning to focus on improving product assortment for the next growth phase. The spinoff remains an experiment an an incubator for testing new concepts for Whole Foods, and there’s no pressure to expand quickly if the payoff isn’t clear, according to Jeff Turnas, president of the 365 chain.

Whole Foods has opened a total of eight 365 stores since the banner’s debut in 2016. However, it stalled a Midwestern expansion and closed one location, in Bellevue, Wash., last October, one year after opening the store.

At the time of the closure, Neil Stern, a senior partner with Chicago-based retail consultancy McMillanDoolittle, told Progressive Grocer that the location’s closure doesn’t have to do with Amazon’s acquisition of Whole Foods – at least not in the way that some were speculating at the time. The store was underperforming and never established itself, and since Amazon took ownership, Whole Foods has been able to “clean up” some past mistakes without taking a stock hit.