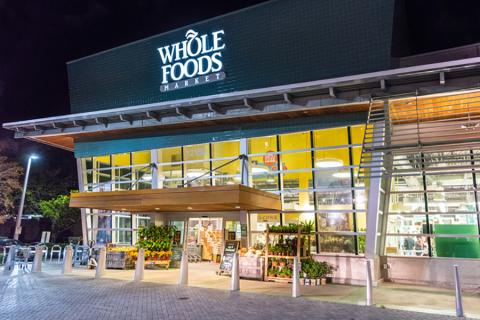 The incentives are earned during peak hours when demand for energy is high and the grid is stressed. By promoting energy-use reduction, operators can better balance the power grid, rather than turn on polluting natural-gas power plants. As large power users, grocery stores can benefit from these incentives both by saving on energy costs and by enjoying the financial rewards.

Whole Foods’ participation is possible through its use of Axiom Exergy’s Refrigeration Battery, which helps grocery stores save cost and balance the power grid in the following ways:

“We are pleased to expand our use of innovative platforms like Axiom Exergy’s to unlock new value streams and increase sustainability in our stores,” said Tristam Coffin, director of sustainability and facilities at Austin, Texas-based Whole Foods. “After a previous successful installation, we are happy to continue partnering with Axiom to implement more cutting-edge power management strategies.”

Alongside Axiom, Leap works with other flexible loads like EV chargers, battery storage systems and smart thermostats to form a virtual power plant. Utilities pay Leap’s virtual power plant to reduce load on demand, and Leap then compensates its load providers for their participation. As a load provider, Axiom receives signals from Leap’s Distributed Energy eXchange (DEX) application program interface (API), bids flexible capacity into the market on an hourly basis based on available capacity and delivers load reductions by modulating its customers’ thermal systems accordingly.

Whole Foods operates more than 470 stores throughout the United States, Canada and the United Kingdom. Under the name of its parent company, Amazon, the food retailer is No. 8 on Progressive Grocer's 2018 Super 50 list of the top grocers in the United States.