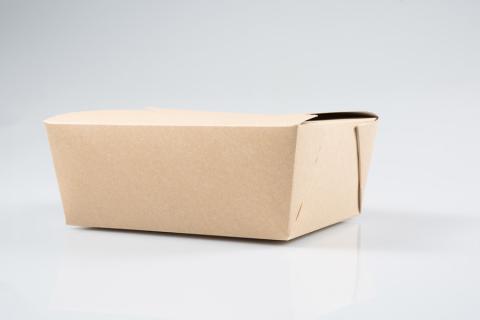 In response to a study by Safer Chemicals, Healthy Families on the presence of PFAS in food packaging, Whole Foods stopped using prepared food and bakery containers that include the chemicals

Whole Foods Market has stopped using food packaging containing per- and polyfluoroalkyl substances (PFAS) after a study from Washington, D.C.-based advocacy group Safer Chemicals, Healthy Families found that nearly two-thirds of paper takeout containers, like those used at self-serve salad and hot bars, contained elevated levels of fluorine, indicating that they were likely treated with PFAS.

Researchers tested 78 food packaging samples from five grocery stores, including Whole Foods, finding that four out of the five analyzed takeout containers from the Austin, Texas-based food retailer were likely treated with PFAS. By contrast, 13 percent (10 out of 78 samples) of all food packaging samples and 63 percent (five out of eight) of takeout containers were likely treated with the chemicals.

“Whole Foods Market introduced compostable containers to reduce our environmental footprint, but given new concerns about the possible presence of PFAS, we have removed all prepared foods and bakery packaging highlighted in the report," Whole Foods said in an email statement when contacted by Progressive Grocer. "We’re actively working with our suppliers to find and scale new compostable packaging options.”

PFAS is a class of industrial chemicals used to repel grease, water and stains in consumer products, as well as being an ingredient in some firefighting foams. According to the U.S. Environmental Protection Agency, the chemicals are linked to liver damage, harm to the immune system, developmental toxicity and cancer, and can accumulate in humans and the environment.

“It’s time for our nation’s leading grocery stores to take the toxics out of their packaging,”said Mike Schade, Mind the Store campaign director for Safer Chemicals, Healthy Families.“Consumers use these containers as a convenience to bring home food for their families. They don’t expect harmful chemicals to be part of their dinner. The good news is that PFAS-free takeout containers are also available, so grocery retailers can switch to safer packaging. Grocery chains must mind the store to safeguard our health.”

The organization described Whole Foods' statement, as well as a similar pledge to take action from Monrovia, Calif.-based Trader Joe's, which was also mentioned in the study, as "important step[s] in the right direction," although noting that they "[fell] short of a full ban of all PFAS-containing food-contact materials, as PFAS are likely hiding in other products and packaging found at ... grocery stores."

Safer Chemicals, Healthy Families continued: "We thank Whole Foods and Trader Joe’s for taking these initial steps and urge them to finish the job by making public commitments with clear timelines to ban the entire class of PFAS chemicals in all food-contact materials and to ensure substitutes are truly safe."

The study, "Take Out Toxics: PFAS Chemicals in Food Packaging," comes at a time when the substances are facing increased scrutiny by government regulators. Washington state and San Francisco recently banned PFAS in paper food packaging, and New York has required its state agencies to give preference to PFAS-free food packaging when making purchasing decisions.

Whole Foods is No. 8 (under Seattle-based parent company Amazon) on PG’s Super 50 list of the top grocers in the United States. Trader Joe's is No. 10 on the list.