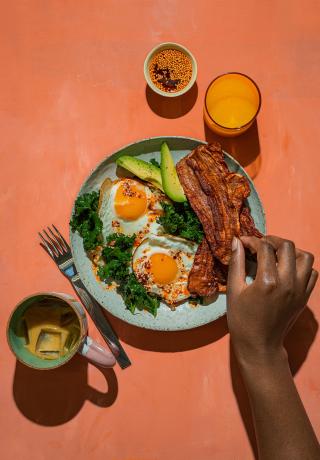 Food technology company Atlast Food Co. has revealed a $40 million Series A round to develop and supply whole-cut plant-based meat to partners around the world, including directly to consumers through its own brand, MyEats.

Viking Global Investors led the round, with participation from 40 North, a global industrial company, AiiM Partners, Senator Investment Group, Stray Dog Capital, Footprint Coalition and others. Also participating were the leaders and founders of food and consumer packaged goods companies, among them Applegate, Stonyfield and Whole Foods Market. The funding will back the further development and scaling of Atlast’s technology and team.

Atlast’s patented platform uses mycelium, a natural super-ingredient, to grow nutrient-rich fibers that replicate the textures and mouthfeel of meat for CPG partners.

“This investment will allow us to meet the incredible demand we’ve felt for our product,” affirmed Stephen Lomnes, president of Albany, New York-based Atlast. “We are building the largest mycelium production facility in the U.S. to provide consumers nationwide with a tastier alternative to their favorite animal proteins.”

The majority of meat sold today, including bacon, chicken breast and steak, is considered “whole cut,” but most plant-based meats are ground, extruded analogs of their animal counterparts, with few offering the experience, texture and flavor profile of whole-cut meats. Atlast is working with a pioneer in mycelium technology, Geen Island, New York-based Ecovative Design LLC, to expand current production capacity and supply partners throughout the CPG, foodservice and grocery industries. The investment will accelerate both the discovery and production process for Atlast and MyEats by funding the construction of the world’s largest aerial mycelium farm.

“Atlast is creating a new category of plant-based foods by offering whole-cut options, explained Lisa Feria, CEO of Leawood, Kansas-based Stray Dog Capital. “Mycelium, Atlast’s unique ingredient, is nutritious, versatile and scalable — consumers should get ready to see a lot more mycelium in their stores and on their plates.”

“I’ve spent the last 30 years working to bring sustainable meat to consumers around the nation,” added Stephen McDonnell, founder of Bridgewater, New Jersey-based Applegate Farms, a subsidiary of Austin, Minnesota-based Hormel Foods. “The Atlast team is advancing that mission for the 21st century to give today’s brands and consumers new plant-based alternatives that mimic the texture and flavor of whole-cut meats.”

MyEats’ first product is a plant-based bacon that, according to the brand, provides all of the taste, crunch and sizzle of pork bacon, and is made from only six ingredients.

“I’ve been stocking MyEats MyBacon since November 2020 and it continues to sell out every week, usually in 48 hours,” noted Mo Durr, meat department manager at Albany-based Honest Weight Food Co-op, the first retailer to carry MyBacon. “The product tastes so much like bacon we decided to sell it alongside the real thing rather than with the other plant-based ground meats.”

Said Nick Ruscitto,  executive chef at Atlast: “Mushrooms were one of the first ‘meat’ substitutes recognized by the restaurant industry. Atlast is building upon what nature already offers by cultivating exotic and rare strains of mushrooms at a scale that makes them available to all.”

The funding round comes after a year of huge growth for the company, which introduced its first product on store shelves last November and is collaborating with as-yet-unidentified "major brands" to supply its plant-based bacon product at commercial scale.

According to information released by the Plant Based Foods Association and The Good Food Institute, U.S. retail sales of plant-based foods continued to climb by double digits last year, increasing 27% to $7 billion. This growth was consistent across the country, with more than 25% growth in every U.S. census region.

The first national certified-organic grocer, Austin, Texas-based Whole Foods has more than 500 stores in the United States, Canada and the United Kingdom. The grocer is No. 24 on The PG 100 list, Progressive Grocer’s 2020 list of the top food and consumables retailers in North America, while its parent company, Seattle-based Amazon, is No. 2 on PG’s list.