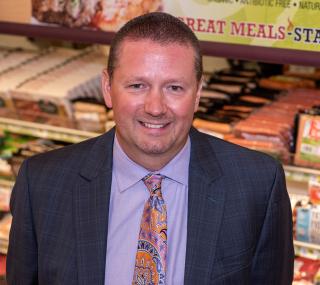 Weis Markets Inc. has named Matt Burke to the role of regional VP, as which he'll oversee day-to-day operations of 67 stores in Binghamton, N.Y.; northeastern Pennsylvania; the Poconos; northern New Jersey; the Central Susquehanna Valley, including the company’s hometown of Sunbury; and State College, Pa.

“Matt brings a wealth of experience in building associate engagement and leading successful teams while achieving strong business results,” said Weis Markets COO Kurt Schertle. “We look forward to working with him in his new role. We’d also like to thank Jimmy Daly for his years of service and for the leadership he provided during his time with our company. We wish him well in the years ahead.”

Burke joined Weis Markets in 2016 as district manager for the Central Susquehanna Valley/Sunbury. He brings more than 25 years of store and multi-unit retail management experience to his latest role.