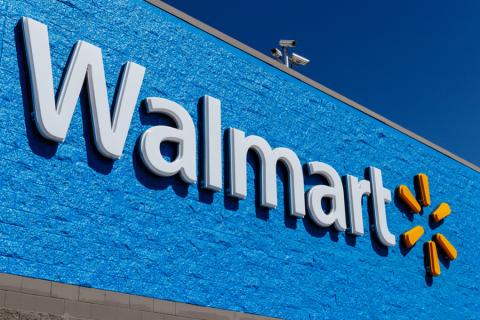 Walmart President and CEO Doug McMillon, who is now also chairman of the Business Roundtable, first joined the mega-retailer as an hourly summer associate in 1984

Doug McMillon, president and CEO of Bentonville, Ark.-based Walmart Inc., began his two-year term as chairman of the Business Roundtable, an association of CEOs of the United States’ leading companies, representing all sectors of the economy, on Jan 1. McMillon was elected to the post last September.

He succeeded Jamie Dimon, chairman and CEO of New York-based JPMorgan Chase & Co., who remains an active member of the Business Roundtable board of directors.

“In the coming months, there will be extensive conversations about America’s future and the role business plays in shaping it,” noted McMillon when he was elected. “As chairman, I commit to keeping Business Roundtable CEOs at the forefront of constructive public policy debates as we pursue an agenda of greater growth and opportunity for all Americans.”

“Doug is a superb leader of a company that reaches over 5,300 communities and employs 1.5 million people in America,” said Joshua Bolten, president and CEO of the Washington, D.C.-based Business Roundtable.“As CEO of the nation’s largest employer, Doug brings an important perspective to the policy debate around the future of work, innovation and America’s competitiveness. I look forward to supporting Doug and all our members as we continue to advocate for policies that spur innovation, sustain economic growth and expand opportunity in the United States.”

In 1984, McMillon started out as an hourly summer associate in a Walmart distribution center. Six years later, while pursuing a master’s degree in business administration, he rejoined the company as an assistant manager in a Tulsa, Okla., Walmart store, before moving to merchandising. He then went on to hold successful senior leadership roles in all of Walmart’s business segments.

McMillon joined the roundtable in 2014 and sits on the board of directors.

His chairmanship comes after the CEO trade group, in a major philosophical shift, revealed that shareholder value should no longer be the main goal of a corporation, which should instead take into account all stakeholders, including employees. According to CNBC, McMillon’s new position could help improve Walmart’s reputation, particularly among younger associates, as well as shoppers seeking to purchase products from companies whose values are in sync with their own.

Each week, more than 275 million customers and members visit Walmart’s 11,300-plus stores under 58 banners in 27 countries, and ecommerce websites and apps. The mega-retailer is No. 1 on Progressive Grocer’s 2019 Super 50 list of the top grocers in the United States.