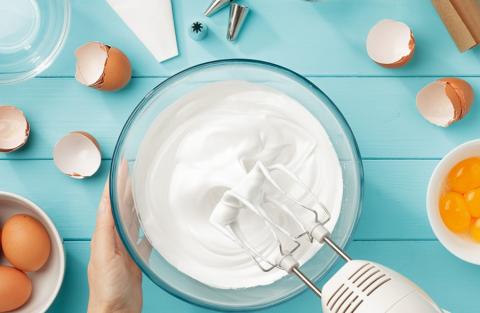 Walmart Inc. and BuzzFeed’s Tasty food network have teamed up to provide consumers with shoppable recipes. Now customers can add the entire ingredient list from a menu of 4,000 Tasty videos directly to their Walmart Online Grocery carts with a single click. Then they can place their order for pickup from more than 2,500 stores nationwide, or have the groceries delivered to their homes from 1,100-plus stores across the United States.

“Finding that perfect recipe, creating a grocery list and finally getting to the store can keep any chef out of the kitchen,” noted Janey Whiteside, chief customer officer at Bentonville, Ark.-based Walmart. “We’re excited to create a fun solution that feeds customers’ appetites to put time back in their busy schedules, all while saving money with Walmart’s everyday low prices.”

From the Tasty app, users are directed to the Walmart Grocery app or www.Walmart.com/Grocery, where they can see what’s in their cart, buy the ingredients and schedule their groceries for either curbside pickup or at-home delivery as soon as the same day. With geo-specific capabilities to map a recipe’s ingredients to the products available at the closest Walmart location, the feature ensures that customers can get the exact items they need to create a Tasty recipe. Customers can also switch out items within the Tasty app based on their preferences with regard to price, brand, quantity, and organic or other dietary preferences.

“From watching a mesmerizing Tasty video to cooking it in your own kitchen, the missing link is buying the ingredients,” said Ben Kaufman, chief marketing officer at New York-based tech-powered media company BuzzFeed. “More than two-thirds of our audience have made a Tasty recipe, and 90 percent of Americans live within 10 miles of a Walmart store, so we’re excited to build upon our partnership with Walmart and provide a new feature that will solve the pain point of grocery shopping and make it even easier for our audience to cook their favorite Tasty recipes.”

Powered by the Northfork platform, which seamlessly integrates Walmart’s website and app with Tasty’s recipe content, the feature is the first of many upgrades to the Tasty app that the companies said “will continue to deepen Tasty’s partnership with Walmart and sweeten the shopping experience for the Tasty audience.”

The Shoppable Recipes option is the latest addition to BuzzFeed and Walmart’s partnership, which also includes a Tasty kitchenware line of nonstick cookware, bakeware, kitchen gadgets and accessories that has sold more than 4 million units since its March 2018 rollout. Later this year, Walmart plans to introduce Tasty-branded licensed products in its celebrations, dry grocery, deli and frozen meats departments, among others.

Walmart operates more than 11,300 stores under 58 banners in 27 countries, and ecommerce websites, employing 2.2 million-plus associates worldwide. The company is No. 1 on Progressive Grocer’s 2019 Super 50 list of the top grocers in the United States.