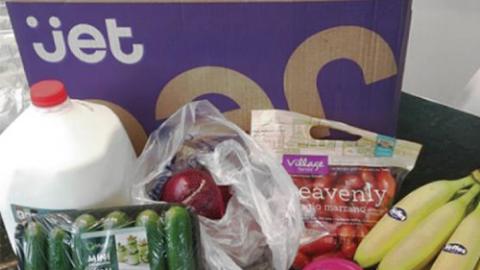 Walmart-owned Jet.com will no longer deliver fresh groceries in New York City, a move that will completely shut out the mega-retailer from having a fresh presence in any of the five boroughs.

According to Bloomberg, Jet.com is closing its 200,000-square-foot distribution center in the Bronx — that it had opened last September — and laying off between 200 and 300 employees. Employees will get 90 days of pay, and Jet.com is expected to inform customers on Nov. 22, fulfilling existing orders before ceasing.

Jet.com had first announced its entry into the New York City fresh food delivery market in July 2018 and appears to have had an uphill battle since then. Earlier this year, Walmart consolidated all remaining Jet.com staff, integrating them into the Walmart fold.

Jet.com isn't the only online retailer in the Big Apple that appears to be making big changes. New York City's own FreshDirect, which also has a fulfillment compound in the Bronx, is said to be for sale after just a year of being in the new space.

Since Walmart does not have any brick-and-mortar locations in New York City, it likely will not be able to bring its own fresh-food delivery to the area anytime soon. Customer can still order non-perishables from Jet.com.