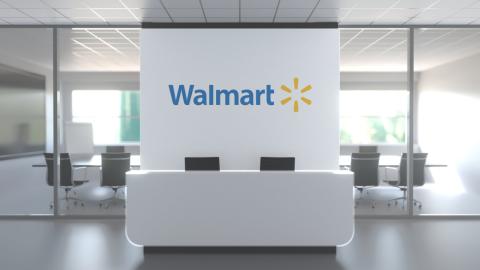 Walmart has laid off corporate employees after slashing its profit outlook.

Shortly after revealing that it was cutting its profit outlook, media reports have confirmed that Walmart Inc. is laying off hundreds of corporate employees.

According to NBC News, Walmart spokeswoman Anne Hatfield declined to say exactly how many workers will be affected and what divisions have experienced cuts. She said that Walmart is still hiring in parts of its business that are growing, including supply chain, e-commerce, health and wellness, and advertising sales.

Walmart is the largest employer in the country, with nearly 1.6 million workers in the United States alone.

Cutting payroll continues to be a trend during these uncertain economic times. 7-Eleven cut about 880 corporate jobs last month. The job cuts came about a year after 7-Eleven’s $21 billion acquisition of c-store chain Speedway  from Marathon Petroleum Corp. E-commerce startup Gopuff also revealed that it's making cuts to its workforce and fulfillment network as it prepares for a possibly “significant” economic downturn.

In late July, Walmart revised its profit outlook for the second quarter and full fiscal year, primarily due to pricing actions aimed at improving inventory levels at Walmart and Sam’s Club in the United States, and the company’s mix of sales.

Comp sales for Walmart U.S., excluding fuel, are expected to be about 6% for the second quarter. This is higher than previously expected, with a heavier mix of food and consumables, which is negatively affecting its gross margin rate.

With the latest Consumer Price Index for food 12.2% higher than this time last year, shoppers’ ability to spend on general merchandise categories is being negatively affected. According to Walmart, this requires more markdowns to move through the inventory.

Target Corp. also recently cut its outlook as it looks to right-size its inventory for the remainder of the year, which could lead to further markdowns and lower profits.

As reported by Seeking Alpha, Neil Saunders, retail analyst at GlobalData, noted: “The signal this sends is not a good one. This could further sour the economy, and consumer confidence with it.”

Each week, approximately 230 million customers and members visit Walmart’s more than 10,500 stores and numerous e-commerce websites under 46 banners in 24 countries. With fiscal year 2022 revenue of $573 billion, the company employs approximately 2.3 million associates worldwide. Bentonville, Ark.-based Walmart U.S. is No. 1 on The PG 100, Progressive Grocer’s 2022 list of the top food and consumables retailers in North America, while Sam’s Club ranks eighth. Minneapolis-based Target Corp. is No. 6, Irving, Texas-based 7-Eleven is No. 13, and Philadelphia-based Gopuff is No. 79 on The PG 100.