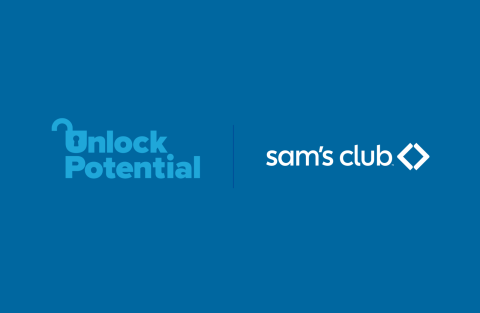 Unlock Potential works with companies to use employment to promote racial equity, disrupt the prison pipeline and inclusively create the next generation of business leaders.

In an effort to break the cycle of incarceration for at-risk youth, Sam’s Club has revealed its participation in Unlock Potential, an intentional hiring program designed to provide real career opportunities for young people at the greatest risk of imprisonment.

In March 2022, the Responsible Business Initiative for Justice unveiled the groundbreaking program made possible by Walmart (through the Walmart.org Center for Racial Equity). Unlock Potential aims to confront economic immobility at the source by providing meaningful, long-term career opportunities for young people at high risk of criminal justice involvement. The program enables companies to use employment to promote racial equity and disrupt the prison pipeline while inclusively creating the next generation of business leaders.

Unlock Potential will focus on the individuals age 16-24 who are most likely to end up in the prison system: those who have been in the juvenile justice system, experienced sex or human trafficking, had a parent incarcerated before the age of 18, or grown out of foster care.

Through Unlock Potential, companies can help advance racial equity while preventing the lifelong economic consequences of a criminal record. A first-time sentence can decrease lifetime earnings by more than 30%. A criminal record reduces the likelihood of a callback or job offer by nearly 50%, and the magnitude of the criminal record penalty is twice as large for Black applicants as for white applicants. Black Americans are currently incarcerated at five times the rate of whites, and Black youth are up to six times as likely as whites to be “opportunity youth” — a term which refers to individuals age 16-24 who are not in education or employment. By creating career pathways to prevent incarceration, businesses joining Unlock Potential can disrupt intergenerational cycles of poverty.

“We know that at-risk youth have limited opportunities and often find themselves unemployed or out of school, and as a society, we have to intervene before it reaches that point,” said Sam’s Club CEO Kathryn McLay. “Programs like this help. We can put young people on a positive path as they begin adult life. And even if they move on after their time with us, we’ve provided them with real-world job and life skills they can take anywhere.”

Programs like Unlock Potential not only benefit at-risk youth, but are also a valuable solution for companies during the ongoing hiring shortage.

In addition to its new partnership with Unlock Potential, Sam’s Club’s already has an internship program for high school students in underserved communities that provides on-the-job training and basic life skills, as well as access to free college education through the Live Better U program. To date, Sam's Club says that it has seen an almost 70% conversion rate for interns moving into full-time roles, and the company has added more than 300 high school interns to the program this summer.