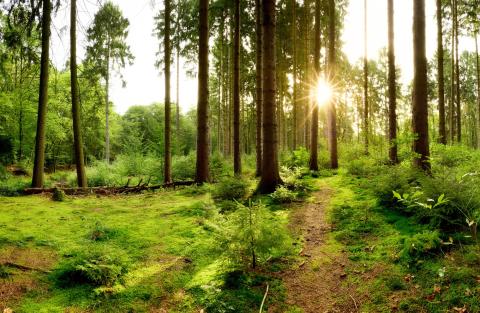 Walmart is "working across our business to tackle issues related to climate, nature, waste and people in our supply chains,” according to Jane Ewing, the company’s SVP, sustainability,

Walmart Inc. pledged at its sustainability milestone summit, an event bringing together suppliers, nongovernmental organization partners and associates, to reduce total virgin plastic use by 15% throughout its plastic packaging footprint by 2025. The company agreed to set an absolute plastic reduction target last May, after a shareholder resolution was filed by nonprofit group As You Sow, but needed time to determine the size of the cuts.

“The steps taken today will determine whether we can mitigate the worst effects of climate change in time,” noted Jane Ewing, Walmart’s SVP, sustainability, in a blog post on the 15% reduction goal. “But it’s on all of us — businesses, governments, NGOs, customers and communities — to channel this urgency into action. For Walmart, this journey began after Hurricane Katrina and has evolved as we made progress, expanded our ambition and built new partnerships along the way. Now as we work to go beyond sustainability to restore, renew, replenish and preserve our planet, we are working across our business to tackle issues related to climate, nature, waste and people in our supply chains.”

The retailer aims to reduce its use of plastic through the increased use of recycled content, elimination of unnecessary material, redesigning its packaging, and the exploration of reuse models. The reduction will likely approximate a 180,000-ton reduction out of the 1.4 million metric tons of plastic packaging that Walmart used in 2020, according to the company’s most recent environment, social, and governance report.

“The company has set a significant initial goal to reduce the use of virgin plastic,” said Conrad MacKerron, SVP of Berkeley, Calif.-based As You Sow. “We encourage other companies to step forward and make bolder, larger absolute cuts in overall plastic packaging. Reducing virgin plastic use is a good start, but cuts in total plastic use have a greater impact. We need hundreds of companies to make significant cuts in single-use plastic packaging if we are to make meaningful progress in reducing the flow of plastic wastes into oceans.”

Four other large companies, including Target Corp., also agreed to virgin plastic reductions earlier this year after the filing of shareholder proposals by As You Sow. Target’s goal is to reduce virgin plastic in brand packaging 20% by 2025.

In its “Corporate Plastic Pollution Scorecard 2021” report, As You Sow analyzed the packaging practices of 50 large consumer goods companies. Eighteen companies, including Walmart, were identified as already having set, or as planning to reveal, a virgin plastic reduction goal by 2021.

Bentonville, Ark.-based Walmart operates more than 10,500 stores under 48 banners in 24 countries, and e-commerce websites, employing 2.2 million-plus associates worldwide. Walmart U.S. is No. 1 on The PG100, Progressive Grocer’s 2021 list of the top food and consumables retailers in North America, while Walmart-owned Sam’s Club ranks No. 9 on the list. With nearly 1,900 locations, Minneapolis-based Target Corp. is No. 6 on The PG100.