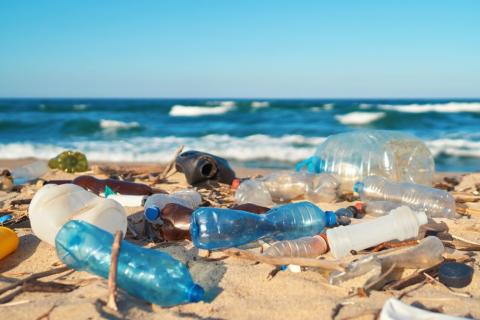 About 11 million metric tons of plastic are dumped each year in the ocean — an amount that’s projected to nearly triple by 2040 without urgent, large-scale action, according to The Pew Charitable Trusts and SystemIQ.

About 11 million metric tons of plastic are dumped each year in the ocean — an amount that’s projected to nearly triple by 2040 without urgent, large-scale action, according to research by The Pew Charitable Trusts and SystemIQ, a London-based sustainability consultancy. Certain U.S. states have even stepped up to ban single-use plastics to combat this issue.

Efforts geared toward zero-waste solutions not only appease government regulations, but also consumer demand for environmentally conscious packaging. According to a survey of 661 consumers conducted last year by Madison, Wis.-based Pinpoint Software, maker of an expiration and product-dating solution, more than 57% of consumers say that plastic and packaging waste is the most important grocery store sustainability initiative.

In addition to polluting the environment, plastic packaging can also be dangerous to human health. “Capped With Toxics,” a new report by the Toxic Free Food Campaign, a national public-health coalition of nonprofit organizations, identified the type of plastic in bottle caps and found toxic chemicals called ortho-phthalates in more than one-third of the packaging for the 141 beverage brands tested.

Prior research has linked ongoing exposure to phthalates during pregnancy and early childhood to reduced fertility and harm to brain development. According to the public-health coalition, phthalates have been shown to migrate from the plastic cap liners into food and beverages that are packed in glass. The chemicals may also leave a residue on the rim of the bottle, which can be consumed.

Of the beverages tested, the types that most frequently contained phthalates in the bottle cap liners were soda (52% of brands tested), kombucha (40%) and ready-to-drink coffee (38%). For certified organic beverages, 41% of brands had toxic bottle caps. In good news, the “Capped With Toxics” report found that more than one-third of the brands tested had bottle cap liners that were phthalate-free, and not made of PVC (vinyl), often called the “poison plastic” due to the toxic hazards created across its lifecycle.

The next big trend in plastic alternative utensils will be ones that you can eat. Incredible Eats’ incrEDIBLE spoons are a new crunchy eco-friendly alternative to plastic. Lightly flavored IncrEDIBLE spoons, crafted from plant-based ingredients, including non-GMO wheat, corn, oats, brown rice and chickpeas, are made to withstand hot or ice-cold foods for 30 minutes. They can be used with foods such as soup, yogurt, ice cream, oatmeal, cereal, pasta and rice. incrEDIBLE spoons are dairy-free, vegan and made in a nut-free facility. The spoons are available in sweet and savory flavors, including chocolate, vanilla, oregano chili and black pepper.  According to the company, edible utensils offset 200% of all plastic and carbon produced during manufacturing and shipping. Plus, for every 20 boxes sold, the Milpitas, Calif.-based company plants one tree.

Other products are already in the works at Incredible Eats. Edible Sporks are planned for winter 2021, and Edible Straws/ Chopsticks will most likely be released sometime in 2022.

Retail Singles Out Single Use

PCC Community Markets, one of the largest community-owned food markets in the United States, said in July that it will stop selling plastic water bottles smaller than 1 gallon, eliminating the sale of nearly 100,000 single-use plastic bottles across PCC’s 15 stores each year. This move is part of the Seattle-based co-op’s ongoing mission to reduce use of petroleum-based plastics.

Aligned with the updated water bottle ban, PCC has worked to provide shoppers with more sustainable options, including water sold in refillable and reusable aluminum bottles. Rather than single-use cans, these bottles are sturdy enough to be reused multiple times, and if it gets damaged, the bottle can be easily recycled. Additional ways that PCC provides alternative options for water containers include:

“PCC’s focus on eliminating petroleum-based plastics is an absolute priority,” says Brenna Davis, PCC’s VP of social and environmental responsibility. “It is a critical concern for the co-op to address, with plastics being tied to land and water pollution, human exposure to chemicals, and contributions to climate change through plastic production. At PCC, we are continually looking to support the environment and provide our shoppers with sustainable alternatives.”

Another retailer that removed single-use water bottles earlier this year is New Seasons Market. But the Portland, Ore.-based Certified B Corp grocer isn’t stopping there in its mission to reduce single-use plastic. It recently expanded its GO Box program to more departments across all stores. Through a subscription service, customers can now choose reusable GO Box containers to purchase items in the deli, bakery, produce, olive bar and bulk departments. To date, the GO Box reuse cycle has helped the retailer eliminate more than 16,600 pieces of single-use waste from communities.

New Seasons has also added more environmentally preferable tubs in its grab-and-go and produce departments. The 16-ounce containers -- with more sizes coming soon -- are lighter in weight, with a tamper-evident button instead of a wasteful strip, reducing total plastic by 10%. The tubs are made of 100% recycled PET and sourced from curbside recycling bins along the West Coast, resulting in one-ninth the transportation emissions due to their local origins.

Sustainability is also incredibly important at Aldi U.S., one of the nation’s fastest-growing grocers.

“As a leading retailer, we’re striving to limit the use of plastics and packaging anywhere we can,” says Joan Kavanaugh, VP of national buying at Batavia, Ill.-based Aldi U.S. “We want to be a part of the solution, and we’re committed to shaping a new future of plastics use. In 2019, we committed to making 100% of Aldi-exclusive packaging – including plastic packaging – reusable, recyclable or compostable by 2025. Also, by 2025, we committed to reducing packaging by 15% overall. Already this year, we have made significant strides toward these goals, and we are proud of our progress.”

More than 90% of the products that Aldi sells are exclusive items.

By the end of 2021, Styrofoam, a type of plastic material, will be removed from all of the retailer’s produce packaging. To date, Aldi has redesigned packaging to remove or reduce excess plastic from products such as teas and bread. Packaging redesigns have resulted in the removal of more than 250 tons of excess plastic packaging from its products. In select stores, Aldi is also introducing alternative packaging such as top-seal produce containers for perishables like blueberries and tomatoes, which use 20% less plastic than traditional containers. In a majority of markets, Aldi’s mixed bell peppers now use 44% less plastic. 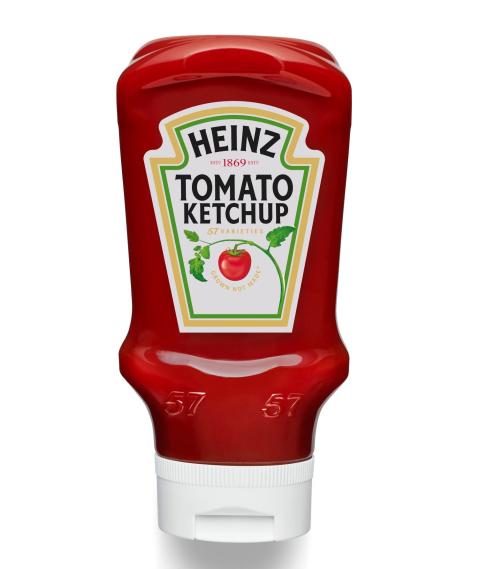 Heinz’s move to use new sustainable caps will save 1 billion plastic lids from being sent to landfills every year globally.

Later this year, Evanesce, a sustainable packaging disruptor, plans to launch its own patented solution for greener packaging that will help food retail, foodservice companies and food processors reduce their packaging costs while meeting increasing environmental regulations and public demand for more sustainable solutions. The company’s vision is to eliminate single-use plastics with its patented compostable technology using plant-based byproducts. According to Evanesce, its proprietary starch- and fiber-based meat and meal trays are approximately half the cost of leading green tray alternatives and are expected to be available at mass scale in early 2022.

The $8 millionfacility aims to become the go-to source for sustainable packaging solutions, serving as the company’s base for rapid sample prototyping and evaluation of new packaging, as well as a training hub for customers and employees.

CPG companies are also looking at their product lineups and developing solutions to reduce the use of plastic.

For example, Chicago-based Kraft Heinz is introducing more sustainable caps for its squeezy sauce bottles, made to be 100% recyclable. Traditionally, Heinz sauce bottles used a flexible valve that was challenging to recycle. The new cap – made of an innovative single type of material – was created after eight years of research and development involving more than 185,000 hours and the investment of $1.2 million to find a suitable replacement cap for the squeezy bottles, which sold 1 billion units globally in 2020.

The first Heinz varieties to get the new cap will be Heinz Tomato Ketchup and Heinz BBQ Sauce. The cap, which will roll out globally from 2022, starting in Europe, uses a single, rigid and more recyclable material so that it, along with the Heinz Tomato Ketchup bottle, can be conveniently recycled.

According to Heinz, the move will mean a potential 1 billion plastic caps – enough to fill 35 Olympic swimming pools – can be recycled, instead of finding their way into landfills.

“We’re excited to be announcing these first-to-market innovative new caps, meaning our consumers can now recycle every part of their Heinz squeezy bottle in their weekly curbside collection,” notes Jojo de Noronha, president of Kraft Heinz Northern Europe. “A huge amount of work has gone into finding the right solution that means no compromise on using and enjoying our hugely popular squeezy bottles for the hundreds of millions who buy them. While we know we still have more to do, from a sustainability and environmental perspective, this is positive news.”

Included in its series of initiatives designed to protect the planet’s resources and ecosystems is Aldi U.S.' commitment to making 100% of Aldi-exclusive packaging – including plastic packaging – reusable, recyclable or compostable by the year 2025.