Strong demand for natural, organic and conventional products caused sales and profits to surge at United Natural Foods, according a preliminary results the company released for its third quarter ended May 2.

Sales during the period increased 12% to nearly $6.7 billion and net income increased 54% to $88 million, according to the preliminary results UNFI shared. The company said it expects to report final results in early June.

"Customer demand for both our natural and conventional products surged early in our fiscal third quarter and remains elevated, illustrating the value inherent in our strategy to build a distribution network capable of servicing natural, conventional and fresh perimeter products at scale,” said UNFI chairman and CEO Steven Spinner. “That demand, along with our ongoing synergy and integration initiatives, contributed to our strong preliminary third quarter results. We remain fully committed to keeping supermarket shelves across North America stocked and serving our customers and communities when they need us most, while prioritizing the safety of our teams who are working with exceptional dedication." 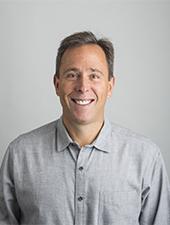 The company also noted that it reduced net debt by approximately $290 million and ended the quarter with $1.2 billion of liquidity.

The preliminary third quarter results reflect strong demand driven by responses to COVID-19, which UNFI said allowed it to leverage fixed costs and capitalize on its synergy and integration efforts undertaken in connection with the Supervalu acquisition. The results also reflect increased contributions from the Cub and Shoppers retail banners as well as substantial incremental costs related to COVID-19, including the impact of temporary pandemic related incentives and additional costs for safety protocols and procedures at distribution centers and retail stores.

For example, in mid-March, UNFI was one of the first companies to adopt the $2 per hour temporary state of emergency bonus and it also hired 2,000 new employees in March and April.