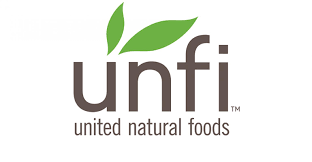 United Natural Foods Inc. says it is experiencing “significant” growth in sales due to the coronavirus outbreak.

In a second quarter earnings call, UNFI CEO Steven Spinner told analysts that the company is still watching to see what happens, but that “when you look at year-over-year growth, over the last two weeks, our business is up double-digit versus prior year. That's a big number."

Spinner speculated as to whether consumers worried over COVID-19 are buying more groceries versus eating out.

“Are we going to see more and more people leaving the restaurants and eating at home? That's possible. Are consumers loading their pantries? That's possible. But obviously it's very early,” Spinner said. “And so we certainly are uncomfortable making any predictions as to what this does to UNFI for the rest of the year, given the fact that right now, our primary focus is safety, security of the teams, security of the customers, making sure that our distribution centers are operating in a very, very clean and careful and disciplined way and, obviously making sure we get the product out into the retailer.”

Spinner identified around 400 items that are having the most lift, including frozen vegetables, frozen fruits, general staples, canned goods, rice, nuts and other food categories.

For the second quarter ended Feb. 1, UNFI had net sales of $6.14 billion compared to $6.15 billion in last year's fiscal second quarter. That number matched analysts’ estimates. Adjusted earnings per share (EPS) was 32 cents, which beat Wall Street’s estimate of 27 cents. UNFI had a net loss of -$30.7 million. That’s a 91.02% improvement over the company’s net loss of -$341.73 million from the same period of the year prior.

"Despite considerable industry headwinds, I'm encouraged by our underlying performance and the momentum that is building within our business,” Spinner said. “Prior to charges associated with the three customer bankruptcies that impacted the quarter, we grew Adjusted EBITDA by low double digits, and we remain optimistic as we move into the second half of our fiscal year and confident in UNFI's long-term growth prospects."

Operating (loss) income in the second quarter of fiscal 2020 was $(5.1) million and included expense of $33.1 million associated with customer bankruptcies and $29.7 million of restructuring, acquisition and integration related expenses.

UNFI says it is selling the real estate of 15 Cub Foods stores to raise cash to pay down debt. The company will sell the stores for $170 million, and then pay rent on the spaces. The sale represents 1.1 million square feet of retail space. It is expected to close by August.

"You don't have to be a rocket scientist to figure out that this is a really tough climate to sell retail and Cub is an incredibly strong banner," Spinner said. "It's number-one market share, makes a lot of money, it throws off a lot of cash. And so we're just not going to give it away. The process is taking longer than I think we had expected, just because of the general climate within retail."

In its Q1 2020 earnings report, UNFI noted that “[d]ivesting [the] Cub banner in its entirety by the end of fiscal 2020 continues to be our goal,” with net proceeds realized from banner divestitures to be used to reduce debt. The company earlier revealed that it’s selling 13 Shoppers Food & Pharmacy stores, many of which it will be retaining supply agreements for, as Spinner noted in the company’s earnings call, and closing four more, while continuing marketing efforts for the remaining 26 locations, as well as for Cub. Shoppers and Cub are the last two retail banners operated by UNFI.