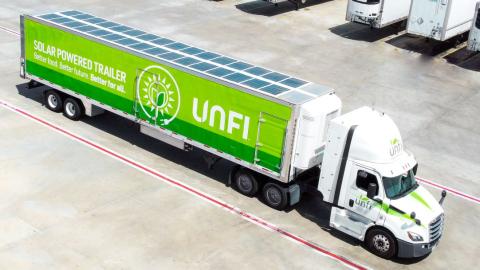 For its third quarter, UNFI reported net sales of $7.2 billion, an increase of 9.2%.

“Our third-quarter performance further demonstrates UNFI’s agility and its focus on servicing customers despite a challenging operating environment,” noted UNFI CEO Sandy Douglas. “It’s apparent that our Fuel the Future strategy is working and beginning to benefit our customers. As we look towards a successful end to our fiscal year, we continue to make progress in simplifying our business and focusing resources on the most important areas that create value for our customers, suppliers and shareholders.”

Operating expenses in the third quarter of fiscal 2022 were $969 million, or 13.4% of net sales, compared with $868 million, or 13.1% of net sales last year. According to UNFI, this increase was because of continued investments in servicing customers, which led to higher transportation and distribution center labor costs in Q3 2022, and occupancy-related inflation, which were partly offset by leveraging fixed costs and benefits of the company’s ValuePath initiative.

UNFI’s total outstanding debt, net of cash,ended the quarter at $2.38 billion, reflecting a decrease of $34 million in the third quarter of fiscal 2022, versus the end of the second quarter of fiscal 2022. After the end of the third quarter, the company entered into a new $2.6 billion secured asset-based revolving credit facility maturing in 2027, which replaced its previous $2.1 billion credit facility scheduled to mature in 2023. According to UNFI, the transaction improves its “ability to invest for future growth by bolstering an already abundant liquidity position and extending its debt maturity profile.”

In keeping with its financial results, the company has updated guidance to reflect increased operating performance expectations.

Providence, R.I.-based UNFI delivers a wide variety of products to more than 30,000 customer locations throughout North America, including natural product superstores, independent retailers, conventional supermarket chains, e-commerce retailers and foodservice customers. The largest publicly traded grocery distributor in America, the company is No. 49 on The PG 100, Progressive Grocer’s 2022 list of the top food and consumables retailers in North America.