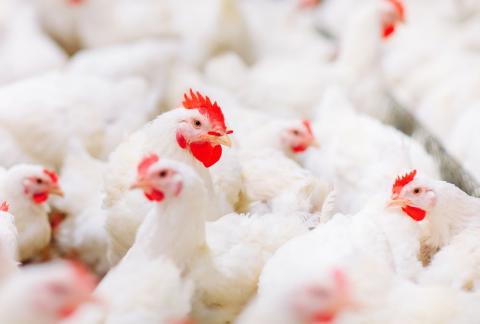 It wasn’t that long ago that there was a disconnect of sorts at the meat case, with shoppers picking up various commodity cuts of beef, pork, chicken and other meats packaged in foam trays with clear overwrap, and not thinking too much about where and how the products got there.

Along with a makeover of the retail meat department, which now includes an array of case-ready and branded items and natural and organic offerings, there have been some sweeping changes in consumer awareness of animal protein products. People are increasingly interested in learning how animals bound for human consumption are raised, cared for and handled in the farm-to-fork chain.

Moreover, their concerns extend beyond the product itself and into considerations like packaging and the operations of manufacturers, processors and retailers. “Greater consumer expectations for companies to be more transparent and align with their values are not unique to the protein sector, but it’s a trend that the sector needs to be responsive to and embrace,” asserts Eric Mittenthal, chief strategy officer at the North American Meat Institute (NAMI). “Research shows that consumers are specifically looking to the industry to make strides for healthy people, healthy animals, healthy communities and a healthy planet. As an industry, we need to be able to show progress in all of these areas to meet consumer expectations and grow trust.”

That sentiment is shared by someone who follows data and consumer trends closely. “Increasingly, transparency, social responsibility and environmental sustainability are driving shoppers to want to know more about the products they buy, including production practices and corporate citizenship,” notes Anne-Marie Roerink, principal at market research firm 210 Analytics. “Meat and poultry are no exception.” 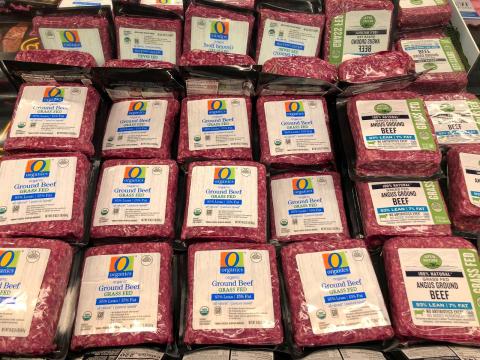 Sustainability, animal welfare and social responsibility are prominent parts of many grocers' platforms and plans, as is the case with Albertsons, maker of the O Organics ground beef brand.

Meat of the Matter

The push for greater transparency is fueled by a variety of factors. Some shoppers have an innate curiosity about how food is made, and appreciate storytelling behind the product. Whether scanning a QR code on a label or stopping to read a placard placed near the meat case, they want to learn about the fourth-generation Colorado rancher who tends to her cattle, or the crew of Alaskan fishermen using careful practices to reel in a catch.

On a more serious note, a growing number of consumers are driven by their beliefs and values regarding larger issues like sustainability, animal welfare and social responsibility.

“While they are familiar with the term, understanding what it means to the meat shopper is important for retailers to shape their messaging around,” says Michael Uetz, principal at Midan Marketing.

The 2021 “Power of Meat” report, conducted by 210 Analytics and published by FMI — The Food Industry Association, also highlights the growing priority of sustainability among meat buyers. According to the report, consumers’ considerations of better-for-the-planet meat and poultry products grew 5% from 2019 to 2020.

Newer data from a primary shopper survey conducted in November 2021 by 210 Analytics shows that specific environmental considerations are influencing shoppers during the decision- making process. According to the survey, a brand’s commitment to limit package waste influences 42% of meat and poultry purchase decisions. That number is even higher for Millennials, for whom it factors into 48% of animal protein choices.

Mirroring the growing importance of sustainability, animal welfare concerns have become top of mind among protein consumers. The 2021 “Power of Meat” study showed that 44% of meat shoppers take into account animal welfare considerations such as animal living, feeding and care, and 55% believe that transparency on how and where animals were raised and produced is important.

Here, too, there’s room for better messaging, as a lower number — 39% — of consumers feel that they have enough information about animal welfare to make educated choices at the meat case.

Animal welfare often overlaps with sustainability, something that retailers should bear in mind, Uetz notes. “We often assume that consumers think of environmental issues when considering sustainability,” he explains. “What our research showed was that we need to focus on how the meat consumer defines the term when shopping for meat products — and that starts with animal welfare.”

When Midan’s researchers asked consumers what factors they consider when meat is raised sustainably, the top two responses were “animal welfare/humanely raised meat” and “animals raised without antibiotics/hormones,” Uetz adds.

In addition, the Midan study finds that 44% of consumers believe if a package of meat has a “sustainably raised” label claim, the animals were raised more humanely. “One way retailers can show this to shoppers is through imagery with cattle on a green pasture with lots of space,” Uetz observes.

Similar to environmental and animal welfare issues that reflect macro concerns, there is a set of shoppers keen to know more about the governance of companies and brands that produce animal proteins. The November survey from 210 Analytics shows that a brand’s commitment to fair pay, diversity and inclusion influences 49% of meat and poultry purchase decisions, and a brand’s support of special causes affects 54% of protein purchase decisions.

Meanwhile, before, during and likely after the pandemic, health and wellness are contributing to shoppers’ desire to learn more about the meat, poultry and seafood that they buy. Some good news on this front: According to the latest “Power of Meat” report, 81% of meat shoppers believe they have enough nutrition information to make educated decisions, compared with 57% of consumers in 2009.

None of these factors exists in a vacuum, of course, and the lines between these purchase drivers often blur. The same consumer may be keen on storytelling, look for products that align with personal values and beliefs, and hold high standards for the healthfulness, quality and safety of animal-based proteins. 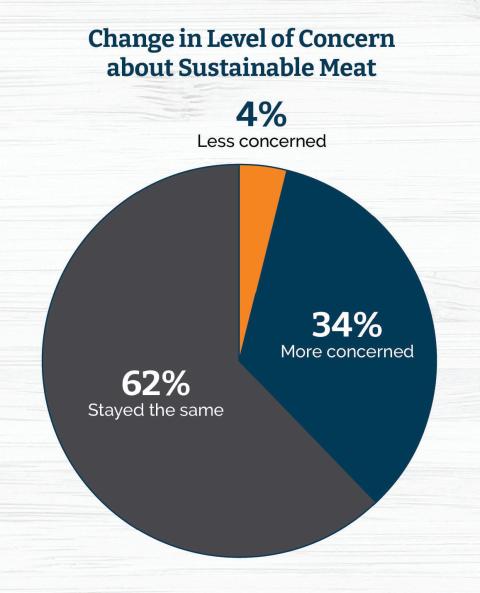 As insights affirm that protein consumers prioritize trust and transparency, those in the food supply chain, including farmers and ranchers, processors, brands, and grocers, are responding to what has become a discerning consumer base.

For example, while those in the meat industry have worked collaboratively for decades to provide safe, quality products to consumers, various groups are coming together to address emerging consumer concerns about sustainability, animal welfare, social responsibility and more.

One example is the Protein PACT, an initiative from partners such as NAMI, the National Pork Producers Council, the Animal Agriculture Alliance and several others; these groups are working within their organizations and across the industry to establish transparent baselines and benchmarks for continuous improvement, as well as to set targets and communication efforts regarding transparency.

“Beyond meeting consumer expectations, the Protein PACT work aims to help retailers achieve their own sustainability goals as well,” says Mittenthal. “All of the metrics NAMI is measuring align with existing frameworks or are already being asked for by many retailers. NAMI’s framework allows retailers to look to a common set of metrics throughout our membership that they can rely upon to know that the companies supplying meat and poultry are taking specific steps to improve their impact on healthy people, healthy animals, healthy communities and a healthy planet that helps meet the retailer’s goals and build trust in the retailer as well.”

Mittenthal emphasizes the importance of being able to back up claims. “Part of improving our transparency and trust is showing proof points of how we are progressing as an industry, and we don’t have those proof points without developing specific measures that can be tracked throughout the industry over time and shared,” he explains, adding that communication is paramount to shoring up trust. “In addition to measuring our own progress, we have to make sure those stories are being shared to maintain consumer trust in the industry.”

As the bridge between meat producers and consumers, retailers have been working to convey such messages and build their shoppers’ trust in protein. In addition to grocers that have staked a claim on natural and organic products, many large chains are taking visible steps to boost transparency.

To that end, sustainability, animal welfare and social responsibility are prominent parts of many grocers’ platforms and plans. Publix Super Markets, for example, has a public goal that “animals used in the production of our products be handled, transported and processed using procedures that are clean, safe, and free from cruelty, abuse or neglect.”

In fall 2021, The Kroger Co., Giant Eagle, Natural Grocers and Sprouts Farmers Market joined more than 200 food companies in the United States in signing on to the Better Chicken Commitment (BCC), which pledges higher standards for broiler chicken welfare. Natural Grocers, for one, notes that all chicken in its fresh and frozen departments will meet BCC standards by 2024 and 2026; these include sourcing birds that are raised in enriched environments, processed in a way that avoids pre-stun handling and produced in compliance with third-party audit standards.