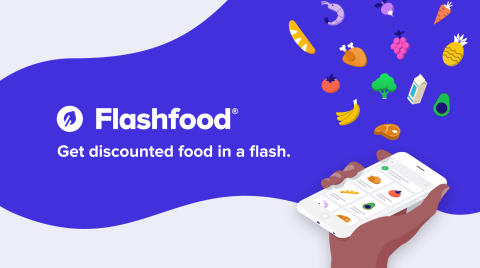 Tops Markets LLC has expanded its participation in the Flashfood program. Launched initially at six stores in western New York this past year, Flashfood enables customers to buy food nearing its sell-by date to save money and help reduce food waste. Items such as fresh produce, meat, deli, bakery and dairy may be offered for up to 50% off on the Flashfood app, and then are available for pickup at a designated Tops location. The program’s success has led the grocer to add 21 more stores in Buffalo, New York, two stores in the Chautauqua County, New York region, and four in the Hudson Valley region of New York state to the number of its supermarkets taking part in the innovative in-store initiative.

“At Tops, social responsibility and sustainability have always been at the core of our mission, upholding standards that ensure we reduce environmental waste and energy consumption while providing customers with sustainably sourced, high-quality products at a great value,” noted Jeff Culhane, the grocer’s SVP of sales and merchandising.  “The Flashfood program fits right into our business model, and we’re excited to bring this unique money-saving opportunity to our customers.”

“Western New York has been a great region for us, and we’re very excited to continue expanding with Tops Friendly Markets,” said Eric Tribe, VP of partnerships at Toronto-based Flashfood. “Tops Friendly Markets has shown they are willing to move fast and innovate to bring Flashfood to more communities, helping many more families that are looking for great deals while also reducing their waste.”

In celebration of the expanded partnership, Tops is giving new Flashfood users $10 off their first purchase.

Other food retailers that have partnered with Flashfood include Loblaw Corp, Meijer, Hy-Vee, SpartanNash and The Giant Co. According to the company, it has so far diverted more than 14 million pounds of food and saved shoppers $25 million-plus on their groceries.

Additional sustainability efforts undertaken by the grocer include new eco-fiber trays in its produce departments and working with Goleta, California-based Apeel to seal in moisture and oxygen in produce offerings to lengthen shelf life and decrease the amount that ends up in the waste stream.

Williamsville, New York-based Tops operates 157 supermarkets, with five additional franchise stores, and employs 15,000 associates in New York, northern Pennsylvania, and western Vermont. The company is No. 63 on The PG 100, Progressive Grocer’s 2020 list of the top food and consumables retailers in North America.