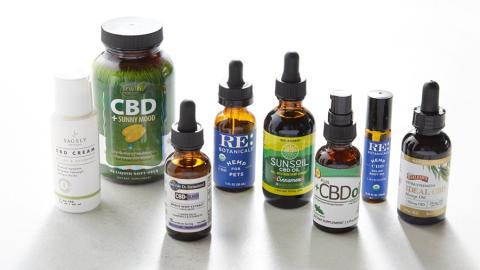 Thrive Market has had to stop selling hemp and CBD products, at the demand of its current merchant processor

Online grocer Thrive Market has stopped selling all hemp and CBD items at the behest of the company that processes its customer payments.

“In early June, we received a notice from our merchant processor demanding that we cease the sale of all hemp and CBD products on Thrive Market,” wrote Nick Green, CEO of the Los Angeles-based ecommerce platform, which sells organic and non-GMO brands, in a blog post. “We unfortunately have no choice but to comply.” The e-tailer began removing such products from its website on June 20.

Eighteen months ago, Thrive Market became the first national ecommerce retailer to offer a full assortment of hemp-based supplements and topical products. “Our decision was based on our review of the health research on CBD, the input of hundreds of our members, and the changing legal landscape that was finally recognizing what hemp farmers, scientists and informed citizens have long known — that hemp is not the same thing as marijuana and that CBD is neither psychoactive nor harmful,” said Green in his blog post.

Noting the changing legal landscape regarding hemp products, which are now banned in only two U.S. states – Idaho and South Dakota – and were officially removed from the list of Schedule 1 Controlled Substances by the passage last December of the 2018 Farm Bill, Green vowed that his company would figure out a way to make the items available again.

“We believe that ethical and sustainable hemp is another cause worth fighting for, so rest assured that we will be working behind the scenes in the coming weeks to get hemp products back on Thrive Market,” he wrote. “In fact, we’re already in conversations with a new processing partner to try to make that happen.”

The matter underscores the lack of clarity that grocers have encountered when it comes to selling these products, as Peter Matz, director, food and health policy at Arlington, Va.-based Food Marketing Institute, testified at a recent Food and Drug Administration public hearing, leading to a state of affairs that he described as “mass confusion” for consumers, retailers and suppliers, as well as for state regulators and law enforcement.