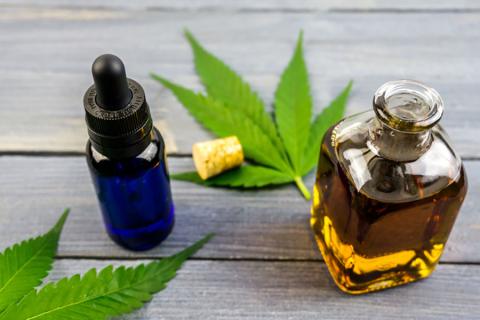 Cannabis-derived products are starting to flood the market, leading to what FMI has called "mass confusion"

At a Food and Drug Administration (FDA) public hearing on products containing cannabis or cannabis-derived compounds, among them hemp and cannabidiol (CBD), as the federal agency mulls whether and how to create a legal pathway for such items, the Food Marketing Institute emphasized the regulatory ambiguity facing its member companies and their shoppers as these products grow ever more popular, and requested more information from the agency on how retailers should proceed.

Indeed, in his public comments at the May 31 hearing, Peter Matz, director, food and health policy at Arlington, Va.-based FMI, described the current state of affairs as “mass confusion in the marketplace for the public, for suppliers and retailers, and also for state regulators and law enforcement.”

Added Matz: “From ingestible products, including foods, beverages and dietary supplements, to topical items, such as creams and lotions, the demand for CBD products – for both human and animal use – is already staggering, and growing rapidly. In fact, just last month, a Consumer Reports survey found that more than a quarter of Americans say they’ve tried CBD, while one out of seven of those people said they use it every day.”

As a result of these factors, he went on to assert that the trade group “sees the regulatory challenges surrounding the legal and appropriate sale of hemp and hemp-derived products as a critically important policy issue.”

“Given the complex regulatory landscape and growing consumer interest in products containing hemp, especially CBD, FMI regularly fields a wide range of questions from member companies that, understandably, seek clarity about the current regulatory framework for the sale and labeling of these products,” noted FMI President and CEO Leslie G. Sarasin in response to the hearing.

Continued Sarasin: “A challenge for us is that the Agricultural Improvement Act of 2018, or Farm Bill, contains several provisions that allow for the cultivation, production and commercialization of industrial hemp and hemp-derivatives like CBD. However, the new law did not alter FDA’s authority over the use of such ingredients in FDA-regulated products, not to mention the role of other regulatory agencies and the states. Food retailers recognize the confusion among the public, suppliers and retailers, and state regulators as a result of the Farm Bill language.

“It remains our intention to be in full compliance with all FDA requirements. As such, we seek appropriate assurances regarding the safety of these products and the legality of how – and where – they are merchandised.”

Sarasin and Matz both affirmed that FMI would be willing to act as a resource and work with the FDA, USDA and Congress as the regulatory process moves forward.