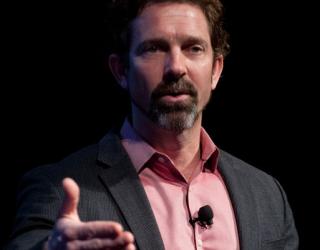 A seasoned grocery executive who held top roles at Trader Joe's, H-E-B and Supervalu is joining Phoenix-based 4Front Holdings LLC, a retail and branding company in the cannabis sector, to head Mission, its network of branded retail operations.

In his new role as the division's president, Glenn Backus will apply his "entrepreneurial spirit, operational acumen and natural leadership" to help grow Mission into a leading cannabis retailer, said Mission CEO Josh Rosen, to whom Backus will report.

From 2000 to 2004, Backus was VP of store operations at Trader Joe's – No. 10 on Progressive Grocer's list of the top grocers in the United States – where he oversaw sales growth, expense control, bottom-line profitability and talent management at a group of stores in New York, New Jersey and Ohio, according to his LinkedIn profile. He then became VP of buying for the Monrovia, Calif.-based grocer, where he oversaw buyers across national and regional categories, and worked to create, develop and bring 600 new SKUs to market per year.

Following his tenure at Trader Joe's, Backus joined Eden Prairie, Minn.-based retailer-wholesaler Supervalu – No. 18 on Progressive Grocer's list prior to its recent retail divestitures – in early 2006 as president of its Sunflower Markets division, where he oversaw all aspects of growing the business before the concept was abandoned in late 2007. He then became director of marketing and strategy at San Antonio-based grocer H-E-B – No. 6 on Progressive Grocer's list – where, through 2010, he coordinated with merchandising, private label, human resources, store operations, marketing and warehouse teams to tailor a "unique store-by-store experience that is sustainable, profitable and fun," his LinkedIn profile noted.

From 2010 to 2014, he was SVP of brand, innovation and retail strategy at Elk Grove Village, Ill.-based buying cooperative Topco Associates LLC. Most recently, he was principal of IG Partners LLC, a boutique consulting company that deals with persistent problems in customer experience, product, merchandising and marketing. Backus also founded food and beverage brand development agency Revolution Brands, and serves on the faculty of Lake Forest Graduate School of Management, in Chicago.

"Glenn brings a unique combination of experience and capabilities to both 4Front and Mission, particularly with his formative years supporting the rapid growth of Trader Joe's, a specialty retailer that operates in an environment that in many ways closely resembles the frequently vertically integrated cannabis retail ecosystem," Rosen observed. "There are not many people in this industry with his mix of operations and product development experience, not to mention the entrepreneurial drive that led him to form his own product development company."