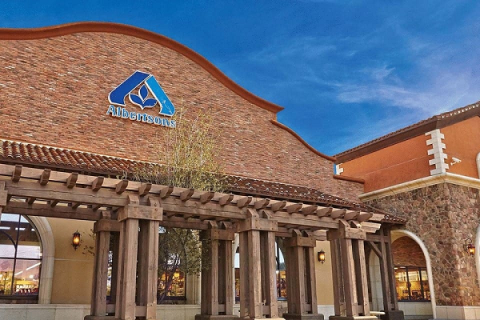 In April the grocery giant reported that same-store sales surged 34% during the first two months of the retailer’s first quarter.

Albertsons Cos. is once again preparing to go public, and is looking to sell more than 65 million shares of common stock at a price of $18 to $20.

The company announced in a filing late Thursday that it will list its shares on the New York Stock Exchange under the symbol ACI. The company says it will not receive any net proceeds from the sale of common stock by the selling stockholders, including from any exercise by the underwriters of their option to purchase additional shares of its common stock from the selling stockholders.

Albertsons is trying to ride a wave of momentum fueled by pandemic-related grocery demand. In April the grocery giant reported that same-store sales surged 34% during the first two months of the retailer’s first quarter.

Since the end of Albertsons' fiscal year on Feb. 29, the company said it experienced significant increases in customer traffic, product demand and overall basket size in stores and online as customers adjusted to the circumstances around COVID-19. As a result, Albertsons same-store sales increased 47% during the four-week period ended March 28 and increased 21% during the four weeks ended April 25, giving the company a blended total for the two months of 34%. Albertsons is also seeing a lot of new customers engaged in e-commerce and existing customers who are using digital options with increased frequency.

This is the third time Albertsons has attempted an IPO.

In 2015, the company tried to go public, looking to raise as much as $1.6 billion in an IPO, but then pulled the offering amid undesirable market conditions.

In 2018, Albertsons attempted to go public by acquiring Rite Aid Corp. in a $24 billion merger, but the companies eventually abandoned the transaction.

Last month Apollo Global Management Inc. and a group of other investors announced they had acquired $1.75 billion of convertible preferred shares in Albertsons Cos., representing a 17.5% stake in the company. The transaction was expected to close by June 15.

“Albertsons Companies is pleased to work with Apollo and its co-investors. Apollo knows our industry and business model well, given its significant prior history of successful investments in the grocery sector. We believe the investment led by the Apollo Funds represents a vote of confidence in both our business and our long-term strategy,” said Vivek Sankaran, president and CEO of Albertsons. “We are also proud to have the continued support of our owners, a consortium led by Cerberus Capital Management, L.P., which also includes Kimco Realty Corporation, Klaff Realty LP, Lubert-Adler Partners LP, and Schottenstein Stores Corporation. We appreciate their tremendous support over the years in operations, technology and financing as we have grown our business and our platform, and especially during the COVID-19 pandemic as we focus on the safety and well-being of our associates, customers and communities."

According to Reuters, the deal with Apollo values Albertsons at around $10 billion, excluding its $8.7 billion debt burden as of the end of February. It gives Albertsons more time and a valuation floor in its pursuit of an IPO, for which it has registered with the U.S. Securities and Exchange Commission. Last year Apollo bought Smart & Final for $1.1 billion. Apollo bought The Fresh Market in 2016 for $1.36 billion.

“We are excited to work with the strong management team at Albertsons Companies, and believe the business has compelling growth opportunities ahead via e-commerce penetration, expansion of the company’s innovative Own Brands portfolio, and merchandising and marketing initiatives," said Justin Korval, partner in Apollo’s Hybrid Value Business. "This investment, led by our Hybrid Value team in partnership with our Credit platform, marks the third sizable transaction in the last month and exemplifies the breadth of Apollo’s capabilities and the creative capital solutions we can deliver to great companies.”