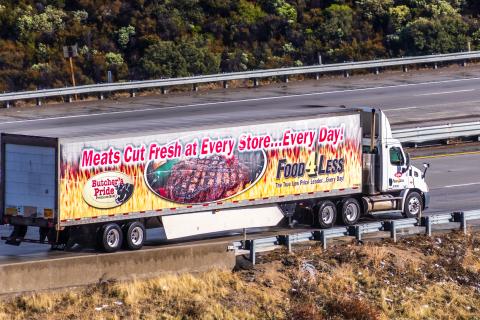 A tentative agreement with Albertsons and Kroger covers more than 4,000 Southern California warehouse workers and truck drivers and averts a threatened strike.

After virtual negotiations, Albertsons Cos. and The Kroger Co. came to a tentative agreement early in the morning of Oct. 10 with Teamster unions representing more than 4,000 Southern California warehouse workers and truck drivers, avoiding a threatened strike. Albertsons operates Pavilions and Vons stores in the region, while Kroger has Ralphs and Food 4 Less locations there. A key issue during negotiations was health care.

According to The Orange County Register, the grocery companies had proposed an additional monthly fee for health care coverage.

“Going into bargaining, our No. 1 concern was protecting your family’s – and retirees’ – affordable health care,” wrote Lou Villalvazo, secretary-treasurer of Teamsters Local Union 630, and chair of the Teamsters Joint Council 42 Food & Grocery Negotiating Committee, in a letter to members. “Not only did we achieve that; your bargaining committee secured additional funding from the grocers to increase our reserve levels to protect your health care in the future.”

The unions said that they would recommend their members to ratify the contract in the next few weeks.