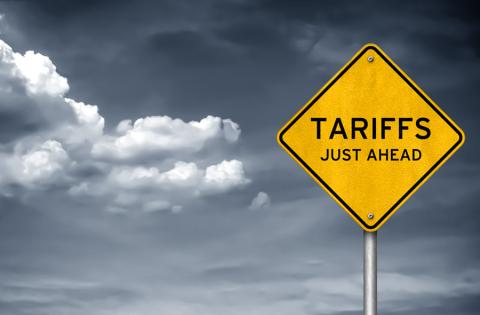 Despite a delay in the implementation of tariffs on certain consumer items until Dec. 15, tariffs on other products are still slated to go into effect next month

The Trump administration’s decision to delay the implementation of new tariffs on certain Chinese consumer products until Dec. 15 has bought retailers a little time with regard to those items, while tariffs on other products from China are still scheduled to go into effect Sept. 1.

“While we are still reviewing the details, we are pleased the administration is delaying some tariffs ahead of the holiday season and acknowledging the impact on American consumers,” said David French, SVP for government relations at the Washington, D.C.-based National Retail Federation, the world’s largest retail association. “Still, uncertainty for U.S. businesses continues, and tariffs taking effect Sept. 1 will result in higher costs for American families and slow the U.S. economy. During this delay period, we urge the administration to develop an effective strategy to address China’s unfair trade practices by working with our allies instead of using unilateral tariffs that cost American jobs and hurt consumers.”

“Leading retailers appreciate [the U.S. Trade Representative’s] efforts to limit the harm additional tariffs will place on American consumers,” noted Hun Quach, VP of international trade at the Washington-based Retail Industry Leaders Association. “Removing some products from the list and delaying additional 10 percent tariffs on other products, such as toys, consumer electronics, apparel and footwear, until Dec. 15 is welcomed news, as it will mitigate some pain for consumers through the holiday season.”

Added Quach: “However, the decision to implement the 10 percent tariff on nearly all remaining goods from China does not eliminate the threat and uncertainty the trade war has created for the American economy. We urge the administration to use this time to reach a trade resolution with China before the Dec. 15 deadline hits and new taxes hit everyday consumer products and family budgets.”

Along with the negative impact of tariffs on U.S. consumers’ pocketbooks and the American economy as a whole, there’s the considerable effect on the retail sector in particular to consider.

“As the trade war continues, with new announcements made weekly, it’s impossible for suppliers, retailers, inspection and transportation companies, and freight forwarders to plan,” Sue Welch, CEO of Gloucester, Mass.-based Bamboo Rose, a multienterprise product and supply chain platform, told Progressive Grocer. “Think about how long it typically takes a company to set up a production site in another country – likely one to two years. Now companies only have a few weeks, at most! As suppliers seek out alternatives to China for production, they must look for a country with scale and sophistication, which isn’t easy to come by. For example, while a particular country may have the scale, which allows them to be nimble, they may not have the knowledge to create the right recipes, products or patterns. A delay in tariff implementation can potentially help a company plan smarter and more strategically by giving them more time, and potentially mitigate costs.”