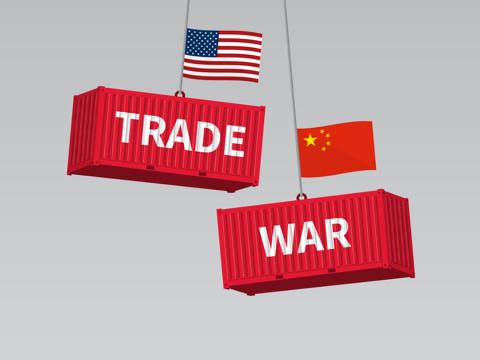 China has retaliated against U.S. increases of tariffs on billions of dollars in Chinese goods with tariff hikes on U.S. products

China plans to raise tariffs on $60 billion in U.S. goods, effective June 1, in retaliation for President Donald Trump’s decision to increase duties from 10 percent to 25 percent on $200 billion worth of Chinese goods, in what are the latest salvos of the two nations’ ongoing trade war, according to published reports.

Beijing will boost tariffs on more than 5,000 products to as high as 25 percent, CNBC reported, adding that duties on some other items will jump to 20 percent, from either 10 percent or 5 percent previously.

Although the two countries are reportedly still in talks to hammer out a trade deal, the White House said when it raised the duties on May 10 that China had backed out of key parts of a proposed agreement.

Last December, the United States and China agreed to delay the implementation of the higher tariffs on Chinese goods, which would have taken effect Jan. 1, in favor of negotiation. In March 2018, the Trump administration imposed tariffs on steel and aluminum from most countries, and in July of that year set a tariff of 25 percent on 818 categories of $50 billion in Chinese goods.

China’s duties are mainly aimed at U.S. farmers, who threw their support behind Donald Trump in the 2016 presidential election, but have suffered from his previous increases on Chinese goods. Among the thousands of products affected by China’s tariffs are peanuts, sugar, wheat, chicken and turkey.

President Trump raised the duties as a way to address such issues as intellectual property theft, and additionally threatened the same day to place 25 percent tariffs on the $325 billion in Chinese goods that are still untaxed.

The president has long maintained that raising tariffs will damage China more than the United States, although economists have countered that the burden falls mostly on American businesses and consumers. Trump has responded to this assertion by telling consumers to buy items from non-tariffed countries or from a product made in the United States.

The retail industry, including grocers, has repeatedly warned the U.S. government against raising tariffs on Chinese goods.

Following the news on May 10 of the United States’ increase of tariffs on Chinese goods and threat of additional hikes, the Arlington, Va.-based Retail Industry Leaders Association (RILA) responded that such actions place "America's entire economy at risk. No product category will be spared if this latest threat materializes. Food and home goods, clothing and shoes, toys and electronics – Americans' entire shopping cart will get more expensive."

Added RILA: “Retailers have long held out hope that President Trump would negotiate a trade deal that checks Chinese anti-competitive practices and intellectual property theft. But a massive increase in tariffs does not correct Chinese bad behavior; it punishes American families.”

Pointing out that “[t]ariffs are taxes,” the trade organization noted that if the United States raises tariffs on all Chinese goods, it would likely result in the “largest tax increase on consumers in American history."