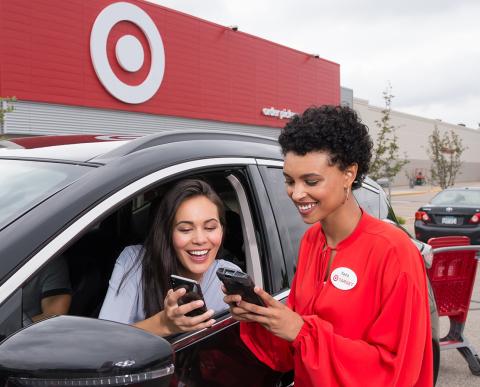 The company's 2019 Workforce Diversity Report shows that the retailer’s workforce of nearly 350,000 employees skews white, particularly among its top executives.

Target is promising to increase representation of Black employees across the company by 20% over the next three years.

The pledge is part of the company's 2019 Workforce Diversity Report, which shows that the retailer’s workforce of nearly 350,000 employees skews white, particularly among its top executives. About 75% of its leadership team is white and 8% are Black. Its overall workforce is 50% white workers, 25% Latino and 15% Black.

Target says it has doubled representation of company non-white officers in the past five years to nearly 30%. Of that, though, only 5% are Black. It also touted diversity among store managers: More than half of its stores are run by women and a third are managed by people of color.

“Inclusivity is a deeply rooted value at Target and we’ve had an ambitious diversity and inclusion strategy for many years for our guests and team. We know that having a diverse workforce and inclusive environment not only creates a stronger team, but also provides the perspectives we need to create the products, services, experiences and messages our guests expect,” said Melissa Kremer, Chief Human Resources Officer. “The next step in this journey is being even more transparent with our progress by sharing a deeper look into the racial and gender diversity of our team, listening to our team’s feedback along the way and using this information to drive a number of new commitments for our team.”

“The changes we’re making are going to have a meaningful impact on the careers of our Black team members and prospective team members,” said Kiera Fernandez, Vice President, Human Resources and Chief Diversity and Inclusion Officer. “A diverse and inclusive team at Target is one where there’s equity in how we promote, retain and hire team members. Additional leadership development, training programs and mentorship for our Black team members, along with a focus in areas of the business where our Black representation is not as strong, will offer new career development opportunities for our team for years to come. And we know the support we have for our team helps extend our reach outside our walls, creating a ripple effect that impacts our guests and communities.”

Target has a history of taking progressive stances on issues such as guns in its stores and bathroom policies around transgender people. After the death of George Floyd joined other retail executives in calling for change. The retailer gave its workers a new holiday, Juneteenth, off.  The company has also pledged $10 million to social justice efforts as the protests continue, and take other steps aimed at “creating lasting change around racial justice and equity.”

Last week Newsweek reported that the company fired an employee in August after allegedly creating a "Blue Lives Matter" drink featured in a TikTok video.

On Wednesday Walmart released its first ever mid-year workforce diversity report. The retailer said it would now be providing diversity updates twice a year.

"We want to be open and transparent about the progress we’re making toward building a Walmart for everyone," said Ben Hasan, SVP/chief culture, diversity and inclusion officer. "We’ve provided expanded data. We’ve added first-time disclosures to this mid-year report to show representation by race/ethnicity at all levels in the U.S., and representation of women at all levels in both the U.S. and internationally."