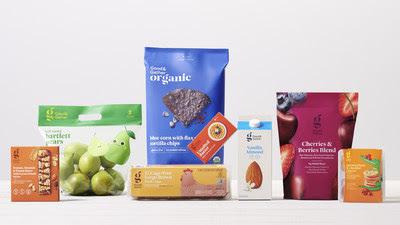 Target’s investments in grocery, digital and store brands are paying off as the retailer reported impressive increases in profit and same store sales for the second quarter.

The company reported a 3.4 percent increase in same store sales for the second quarter ended Aug. 3. Digital sales jumped 34 percent from a year earlier. The company also raised its earnings guidance for the year. Target now anticipates earnings of $5.90 to $6.20 a share, up from its previous range of $5.75 to $6.05 a share.

“Our second quarter performance demonstrates the strength of our strategy and the durable financial model we’ve built over the last several years,” said Brian Cornell, chairman and CEO of Target. “By appealing to shoppers through a compelling assortment, a suite of convenience-driven fulfillment options, competitive prices and an enjoyable shopping experience, we’re increasing Target’s relevancy and deepening the relationship between our guests and our brand. Traffic and sales continue to grow while our EPS reached an all-time high, driven by the strength of our team’s execution and their focus on delivering for our guests.”

Same store sales at Target have grown approximately 10 percent over the last two years — the retailer's best performance in more than a decade.

Products from Target’s new Good & Gather grocery brand will hit stores beginning Sept. 15. The retailer said that by the end of 2020, the brand will have more than 2,000 items — everything from organic pizza crusts, milk and eggs, hazelnut and peanut butter spreads, frozen veggies, salad mixes and pastas. Target said it expects Good & Gather will be a multibillion-dollar brand — and the largest of its private labels. Target also said it would phase out its older grocery brands, Archer Farms and Simply Balanced.

Minneapolis-based Target Corp. operates 1,800 stores and Target.com. The company is No. 15 on Progressive Grocer’s 2019 Super 50 list of the top grocers in the United States.